In January, Shiites commemorate the legend of Siyâvosh, the noble Persian prince who voluntarily suffered torture and passed through fire to prove his innocence and clear his reputation of an evil slander. In his honor, people meet in the streets, in city squares and in shrines to share sadness and sorrow, express pain and fear in gestures and vent emotions which demand revenge and violence. Savušun literally means “mourning for Siyâvosh” and Iranian artist Sorour Darabi developed this historical and mythological subject into an ode to vulnerability.

With tact and respect for religious sentiment but also with a certain amount of humor, they penetrate to the intimate layers of the legendary story and discovers its paradoxical aspects. The performance oscillates between real and metaphorical loss, between comfort and discomfort, gentleness and cruelty, toxic masculinity and the vulnerability of one’s own identity. The main instrument for expressing all this relativism and ambiguity is the non-binary physical status of the artist. Coupled with a physical play, it serves to subversively and symbolically dissolve and blur the vulnerability of (historical) facts including prefabricated (gender) categories.

Sorour Darabi is an Iranian artist based in Paris. In Iran, they were a member of the underground ICCD (Invisible Center of Contemporary Dance) group which organized the Untimely festival of contemporary dance in Tehran. While studying at the National Center for Choreography in Montpelliere, they created the Subject to Change (2016) solo performance which questioned the influence of time and environment on the transformation of an individual. In 2016 at a residence by the Montpelliere festival, they created the Farci.e solo performance which deals with the notion of language, gender identity and sexuality. Savušun, the most recent project, is an ode to compassion, vulnerability and those who feel with others. Its inspired by a Shiite mourning ceremony which takes place in the Islamic world during Muharram (January) holidays and deals with emotions: sadness, fear and suffering.

Supported by: French Institute in Prague 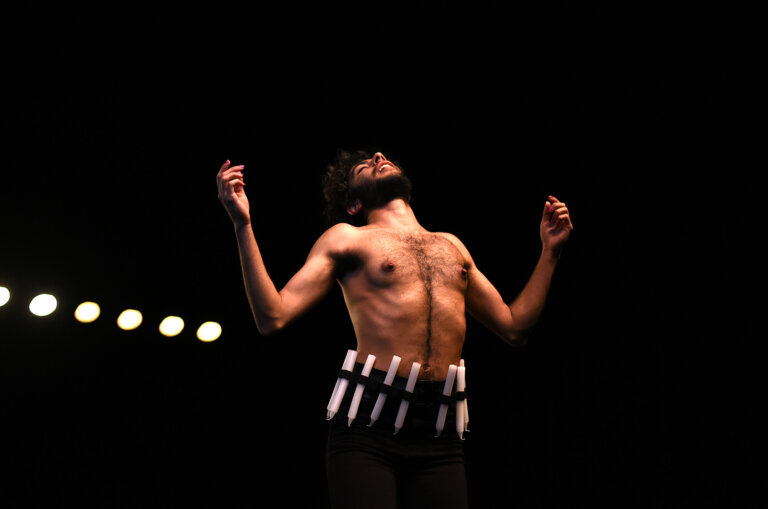