Every year, the 4+4 Days in Motion international festival of contemporary art brings current, provocative, and innovative theater and dance projects to Prague, often combining multiple genres or made with the use of multimedia. Also every year, the festival’s venues include unused or empty buildings in downtown Prague, and this year’s 22nd edition of the festival will be no different.

After last year’s municipal houses, on 6 October our festival will take over part of the abandoned Karlín Barracks, located just a short walk from the Archa Theatre. The barracks will host a large-scale exhibition of contemporary art entitled AMIWHATIAMTHINKINGABOUT and consisting of objects, paintings, or installations by forty artists selected by curators Tomáš Svoboda and Ondřej Chrobák, plus short films, art workshops for primary and secondary schools, workshops for the public, guided tours of Karlín, discussions on contemporary art, a “festival school,” and a café and bar. The barracks will also present the premieres of numerous site-specific theater projects, including new works by Vosto5 and the Spitfire Company, director Jan Nebeský’s preternatural opera Diary of a Thief, the premiere of René Levínský’s An Introduction to Working with Computers (directed by Johana Švarcová), a documentary film by Kristýna Lhotáková and Ladislav Soukup, and many other, primarily domestic, projects.

New this year, the foreign program (at the Archa, Ponec, and Alfred ve dvoře theaters) is dominated by artists born or working outside the European continent. These are leading artists who not only work with their unique cultural traditions, but who are also pioneers in modern dance, theater, and music in countries such as Angola, Algeria, Morocco, and the Ivory Coast. Some of the presented pieces explore current and archetypal questions related to taboos, social customs, and traditions, with a view towards the legacy of colonialism. In Respectable Thief, Angolan multimedia artist Nástio Mosquito combines music, poetry, video, and text with a critique of various stereotypes found in Western culture. In her fascinating and visually interactive work Quartiers Libres, choreographer and dancer Nadia Beugré from the Ivory Coast explores questions of forbidden places and the freedom of movement. And in En Alerte, leading Moroccan choreographer Taoufiq Izeddiou’s personal recollections of a Sufi ritual are intertwined with contemporary Arabic poetry. Festivalgoers can see all of these performances at the Archa Theatre.

A second group of foreign works consists of strongly visual performances based on the use of sound or music. In her most recent work, Personal Symphonic Moment, Finnish choreographer and musician Elina Pirinen has decided to “dissect” Shostakovich’s Leningrad Symphony. Her approach to this famous composition, which is played in its entirety during her performance, is both very precise and consciously distorted, creative as well as destructive, faithful as well as entirely spontaneous. North America is represented at this year’s festival by two artists: Myriam Bleau from Montreal and Penny Arcade from New York. In her audiovisual performance autopsy.glass, composer and multimedia artist Myriam Bleau experiments with the aural, visual, and symbolic potential of wine glasses. The live sounds (vibrations, resonances, or the sound of cracking glass) are modulated and altered in order to influence the lighting. Algerian-born Swiss choreographer Philippe Saire takes a similar approach. His experimental work Vacuum explores the possibilities of combining movement with the visual arts: two neon tubes create the optical illusion of an empty space in which the two dancers’ bodies seem to float in air.

We find an entirely different aesthetic in the work of New York’s legendary avant-garde artist and former Andy Warhol collaborator, Penny Arcade, whose musical show Longing Lasts Longer is a wild mix of rock ’n’ roll with a parody of one-man shows and personal recollections of 40 years in the world of popular culture. The show is dedicated first and foremost to New York, “the city that never wakes up,” and has been shown in 22 cities throughout the world.

One of the festival’s many highlights at the Archa Theatre will be a performance by the seven Ukrainian artists of the Dakh Daughters Band. This original musical formation, which grew out of the Kyiv-based Dakh experimental theater, is a leading symbol for the struggle for democracy in Ukraine. The band’s cabaret-style performances mix elements of punk, rock, and rap with Ukrainian folk music. Some critics have compared their style and distinctive theatricality with the performances of cult British band The Tiger Lillies.

Ukraine is also represented at our festival in the form of a unique theater-documentary. After more than 10 years, we welcome back at the Archa Theatre the original Belgian group BERLIN with their multimedia performance Zvizdal (Chernobyl – So Far, So Close). This documentary film looks at the life of an elderly couple who refused to leave their home after the disaster at the Chernobyl nuclear power plant, and who live and work their fields in complete isolation in the forbidden zone.

Welcome to 4+4. We are looking forward to your visit! 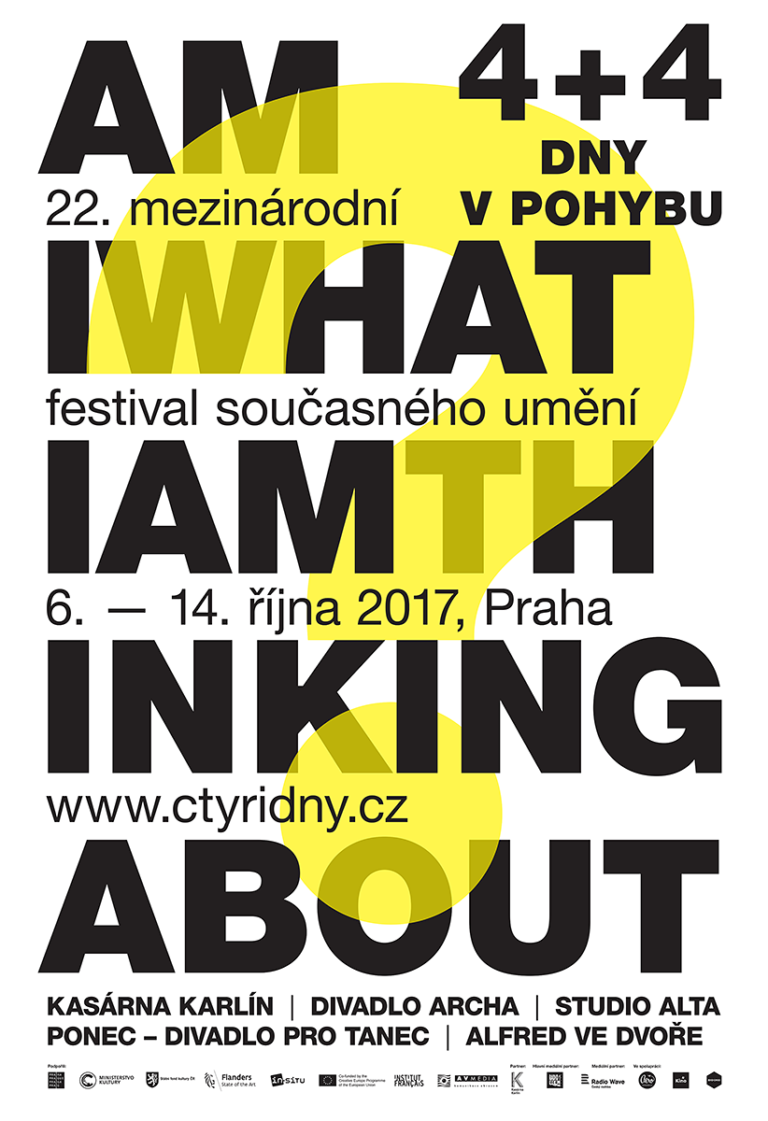