23rd international of contemporary art 4+4 Days in Motion takes place from 5th to 13th October 2018 in Prague. More than 50 contemporary artists will revive the Desfours Palace at Florenc with the main exhibition project of Places of Act with the topic of Uncertainty Principle. The theatre program is located in Archa Theatre, Ponec and Centre for Contemporary Art DOX. The festival offers nine foreign and four Czech premieres. Visitors can also enjoy site-specific performances, discussions about current topics, videoart, art bookstore and a stylish bar with DJs.

The festival 4+4 Days in Motion will open the empty Desfours Palace to the viewers this year. It will offer a few curated exhibitions of contemporary visual art bounded by the topic of Uncertainty Principle. Various shapes of uncertainty will be examined by curators Tomáš Knoflíček and Libor Novotný in the project Uncertainty of the Principle. Nina Moravcová and Czech artists have prepared the exhibition It Started with a Memory, Radek Váňa supervised the exhibition Stories Are Us, and in his exhibition project Praha-Hranice, Ondřej Horák brought together visual artists and foreigners living in our country. Pavel Vančát will present the selection of the most interesting works at the Startpoint exhibition – the showcase of European art schools. “Special attention is paid to performative arts this year. Visitors may expect a number of “artistic confrontations” focused on meetings which a special format of 1 viewer versus 1 performer. You will be able to test your perception, your attitude to work, perception of things with your sense of touch or hearing, or the issue whether particles may be accelerated,” says Denisa Václavová, the festival promoter. Lebanese artist Tania El Khoury will present an intimate encounter of a performer and a viewer As Far as My Fingertips Take Me. The gallery project will provide the visitors with the opportunity to have a first-hand experience with refugee stories they can retain or wash away. Another project for one visitor at a time only is a video installation Guilty Landscapes by Dutch theatremaker and visual artist Dries Verhoeven. He depicts the availability of information, which makes us permanent witnesses of complicated situations all around the world.

The theatre and dance programs are located mainly in the Archa Theatre, Ponec, and Centre for Contemporary Art DOX. Dramaturgy of the foreign program will reflect complexity of contemporary Europe and the world more than in the past years. This year’s 23rd edition of the festival will open with the performance of Motus company from Italy called MDLSX, a psychedelic one-woman show by the award-winning theatre and film actress Silvia Calderoni. Syrian dancer and choreographer Mithkal Alzghair will present the Czech premiere of Displacement, in which running away means saving one’s life as well as the lack of possibility to return. In her documentary production History History History, British artist Deborah Pearson will have a look at one of the biggest 20th century refugee crises: the year of 1956, when up to 300,000 people fled from Hungary – including the grandfather of the author of the production. In her performance Piece for Person and Ghetto Blaster, Australian performer Nicola Gunn critically and comically scrutinizes unbearable traits of human behavior. The suggestive living sculpture Corbeaux/Crows refers to old memories and first mystical experiences of Moroccan choreographer Bouchra Ouizguen. Julian Hetzel’s performative installation of The Automated Sniper ironically oscillates between two distant poles – art and war. The production HELLO USELESS – FOR W AND FRIENDS performed by famous Belgian actor and performer Benny Claessens will provide relief for those who need to stop, breathe, and break free from public control. The program of the festival also features a scenic concert of composer Ingvild Langgård and stage designer Signe Becker called New Skin,the movie The Making of Justice, telling a story of seven prisoners, or Manuel Roque’s solo performance of bang bang about fighting oneself, full of intensive body work and focused self-examination. New productions by Czech performers cannot be missing: Alcohols, Volumens 1 – 9 by Wariot Ideal, Inter-mission performed by Secondhand Women, Barbora Kleinhamplová’s and Tereza Stejskalová’s site-specific performance Weeping Over a Too Long Life and Jan Mocek’s premiere of Fatherland.

Program for families with children with Prof. Křeček

The platform Do You Have a Knack for Art? prepared an extensive accompanying program for schools and children. A Strange Art History with Prof. Křeček is an umbrella term for an everyday educational program oriented at the past and present of visual arts and collecting. The studio will also screen short cartoons. At festival weekends, some historical rooms of Desfours Palace will transform into art workshops for children from the age of 4 supervised by artist Kakalík. The Memory of Nations Night will take place on Saturday, 6 October and viewers will have a chance to learn about the most interesting “Stories of Our Neighbors” created by pupils during their interviews with witnesses.

Discussions, conferences, the launch of Fotograf magazine and ArtMap’s birthday

The conference Processes of Progress, which takes place on 9 October and is part of the accompanying program, aims at improving cooperation among towns and local communities. The launch of the new issue of Fotograf magazine with the main topic of Non – Work will take place on 5 October. October 8 will see the discussion Are You Blocked by the Block Exemption?, focusing on changes in the methodology of public funding with regard to the block exemption. Community projects, their importance for towns and municipalities, will be discussed on 9 October. The conference The West Is Not the West takes place on 11 October and will bring the insight into our relations to western art. ArtMap will then celebrate its 10th birthday in the evening. Friday 12 October will see Good Practice, the round table of city galleries programmers. The party of the Department of Photography FAMU Very Well will take place on the very same day. The last day of the festival will offer the presentation of the new magazine ArteActa and a discussion about What Is Art Research?. There will be a celebration of 10 years since the foundation of the online portal Artalk in the evening. The festival school of Arts Management is prepared for art professionals this year as well.

PLACES OF ACT THE SITE-SPECIFIC PROJECT FOR DESFOURS PALACE ›

The festival 4+4 Days in Motion was established in 1996 by four people: Nikola Böhmová, Markéta Černá, Denisa Václavová, and Pavel Štorek, who have been in charge until nowadays. In the course of 22 years, the festival has presented more than 500 foreign and Czech companies representing all genres of contemporary art (theatre, dance, music, visual arts, film, video art). It has implemented cultural projects to revive places like an old sewage treatment plant in Prague Bubeneč, abandoned factory halls of ČKD in Karlín, the former municipal brewery in Holešovice, the former brickworks in the Šárka valley, the hockey stadium HC Hvězda in Vokovice, gyms in the Tyrš House, Nostitz Halls, the former Federal Assembly, Casino in Pařížská street, the former ÚLUV at Národní street as well as U Stýblů Palace at Wenceslas Square and Karlín Barracks. The festival has initiated many premieres of site-specific projects by Czech companies, it presents group exhibitions of contemporary visual artists and curators and works with top art historians and architects to provide guided tours and lectures. The festival also works with cultural organizations such as Kruh, Jednotka/Unit, AVU Scientific and Research Institute, Start Vršovice and others. 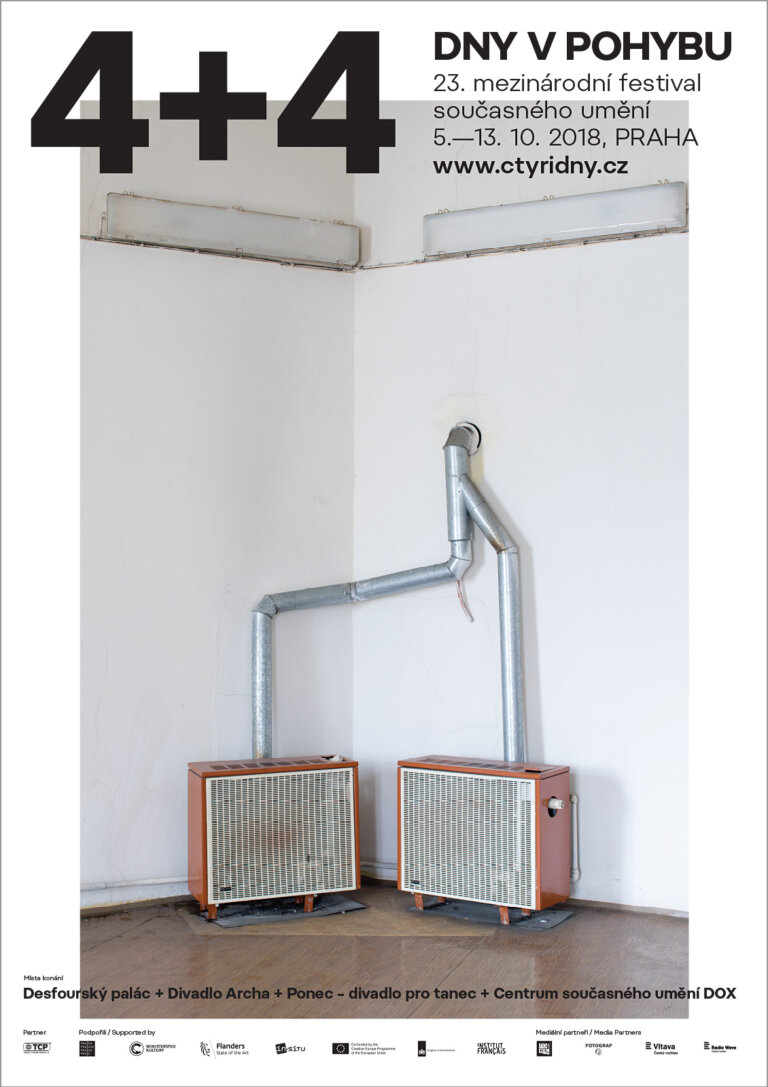