Four Days is the non-profit, non-governmental association which since 1996 has organized the international theatre festival 4+4 Days in Motion (4+4 dny v pohybu) and has also arranged number of unique international projects and cultural exchanges.

This use of un-traditional festival spaces met with highly positive acclaim from the participants, professional critics and a wide audience alike.

IN THE PAST THE FESTIVAL WAS REALIZED AT THE FOLLOWING LOCATIONS:

Projects of the festival include all genres of contemporary art (theatre, dance, music, visual art, film, video art). Every year of the festival has its specific theme – leitmotif, for example Demolition (abandoned halls of CKD, where the festival took place were prepared to demolishon), Hibernation (freezing of cultural activities in the Czech Republic, extinction of residential spaces, etc) The effect of connecting the individual genres of art in the dramaturgy of the festival is also the connection of visitors of theatre performances with the vistiors of concert, galleries and fans of dance music.

Thus festival 4+4 Days in Motion is in the Czech context an unique event. The natural part of the festival create seminars and workshops, which often become the basis for the next cooperation between artists, managers, and theatre professionals from different countries. 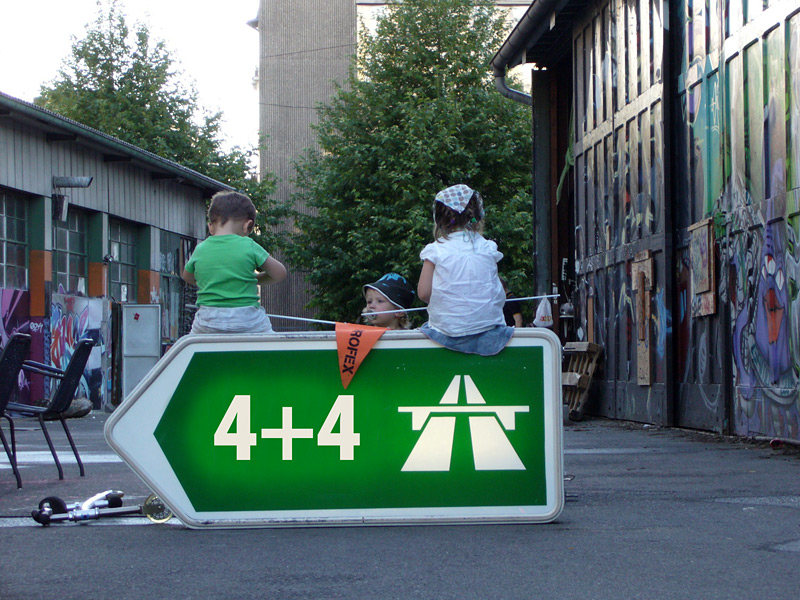