The island as a mental space.

The work’s authors organize a meeting on a desert island. The island is part of the mainland; smaller than a continent and large than a rock, it rises from the water. Desert(ed) can mean: uninhabited, monotonous, gloomy, dreary, boring. Together with the audience, we would like imagine that we are living on this island – an independent, isolated ecosystem guided by its own particular rules.

The goal of A Desert Island Protects 15,000 Inhabitants is to create the ideal conditions for visitors to the island to meet its inhabitants. The performance consists of a fashion show by the island’s inhabitants, accompanied by a reading of the island’s fictional chronicle and original music compositions whose titles represent the chronicle’s various chapters. The goal of this project is to find the different conditions under which this meeting – a meeting that treads the line between performance, fashion show, and exhibition – can take place.

Created with support from DAMU’s Department of Alternative and Puppet Theatre and the INI Project.

The project’s authors are currently studying for a master’s degree in scenography at the Department of Alternative and Puppet Theatre (DAMU). In 2016, they were part of the creative team (along with Klára Hutečková and Jiří Adámek) behind the production of s k o n č í t o ú s t a at the Disk Theatre, in which they explored scenography as an autonomous performance component and the relationship between body and object. In A Desert Island Protects 15,000 Inhabitants, they expand on this earlier research project by working with costumes and music. 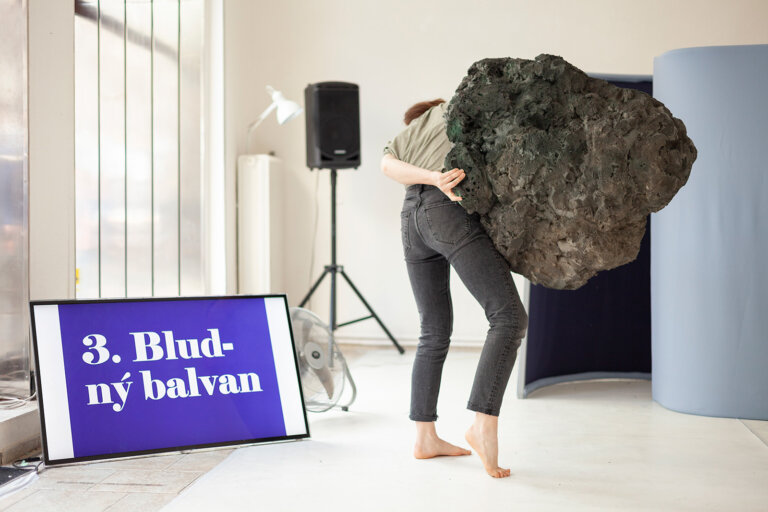