Johannes Kepler is known as an astronomer – he observed, he calculated, and he explained the motion of heavenly bodies. But during his time in Prague he also wrote a treatise on snowflakes. On the Six-Cornered Snowflake – Gripping Reading about “Nothing” – this essay from 1611 was Kepler’s New Year’s present to his patron Johannes Matthäus Wackher von Wackhenfels, and one of its subjects was indeed nothing. How to make a gift of something that is nothing? What things are trifling, worthless? A particle of dust, a spark, smoke? The astronomer Kepler walks across Charles Bridge, and at that moment a snowflake falls on him. Kepler observes the flake with his naked eye. He finds that each snowflake has a six-fold symmetry, but that no two snowflakes are alike. They are born of a drop of water, and all at once they are gone. “What kind of force gives things their shape? And why precisely this shape? What a game of nature, a perfect six-fold symmetry with rays, and yet it is fleeting, melting immediately after being born. Beauty that appears, only to immediately dissipate. Was it here at all?” The performance is inspired by Kepler’s essay, by physicality, architecture and symmetry, and by snowflakes, games, aesthetics, and the search for meaning. Laws of physics and chemistry define our world in the same manner as we are shaped by our past and our memory. Energy stirs up wavelengths just as dance and the imagination. We perceive movement, the body, and dance at a given moment – they are here and then suddenly they are not, having disappeared forever. Did they even exist in the first place? Three bodies in space, their sudden organization, constant changes in matter and shapes as triggers of memories, emotions, and images. How much life can be compressed into one single frozen moment?

Petra Tejnorová created several successful performances while still a student at DAMU. In 2008, she was nominated for the Alfréd Radok Award in the “Talent” category. She has a long-standing interest in creating original productions of documentary and physical theater, and also uses theater to explore various social phenomena and layers in society. Her most recent projects (NEVINA, NICK) have focused on live cinema – a combination of theater and film. As an author and director, she has collaborated with numerous leading theaters in the Czech Republic, including the Dejvice Theatre, HaDivadlo, the Archa Theatre, the Ponec Theatre, and Studio Alta. Tejnorová’s original theater productions have won awards at home and abroad. She has made two short films (The Book About a Plan was the winning film in the “Waves” category at 2013 Ostrava Picture and was also awarded for best camera work at the 2013 Kamera Oko festival of cinematography). Her most recent documentary film, Hello, Is There Anybody Out There?, was made in collaboration with choreographer Tereza Ondrová and premiered at the 2017 Tanec Praha festival. Tejnorová also teaches at DAMU’s Department of Alternative and Puppet Theater.

The VerTeDance dance group was founded in 2004 as a trio consisting of dancer-choreographers Veronika Knytlová and Tereza Ondrová and lighting designer Pavel Kotlík. In its more than 12-year existence, the group has created nearly 20 projects and has collaborated with many leading individuals on the Czech and foreign dance scenes. The ensemble and its members have won numerous awards, including Dancer of the Year (2010), Best Lighting Design (2012, 2014), and the Divadelní Noviny Award (2012, 2014).

VerTeDance is the only Czech ensemble to be a three-time winner of the most prestigious contemporary dance award – the Dance Production of the Year Award (Silent Talk, 2005; What Is the Weight of Your Desire?, 2012; and Correction, 2014). It has also won numerous important foreign awards (BE Audience Award, 2015; Mess Festival Award, 2015; and Herald Angel Award, 2015). 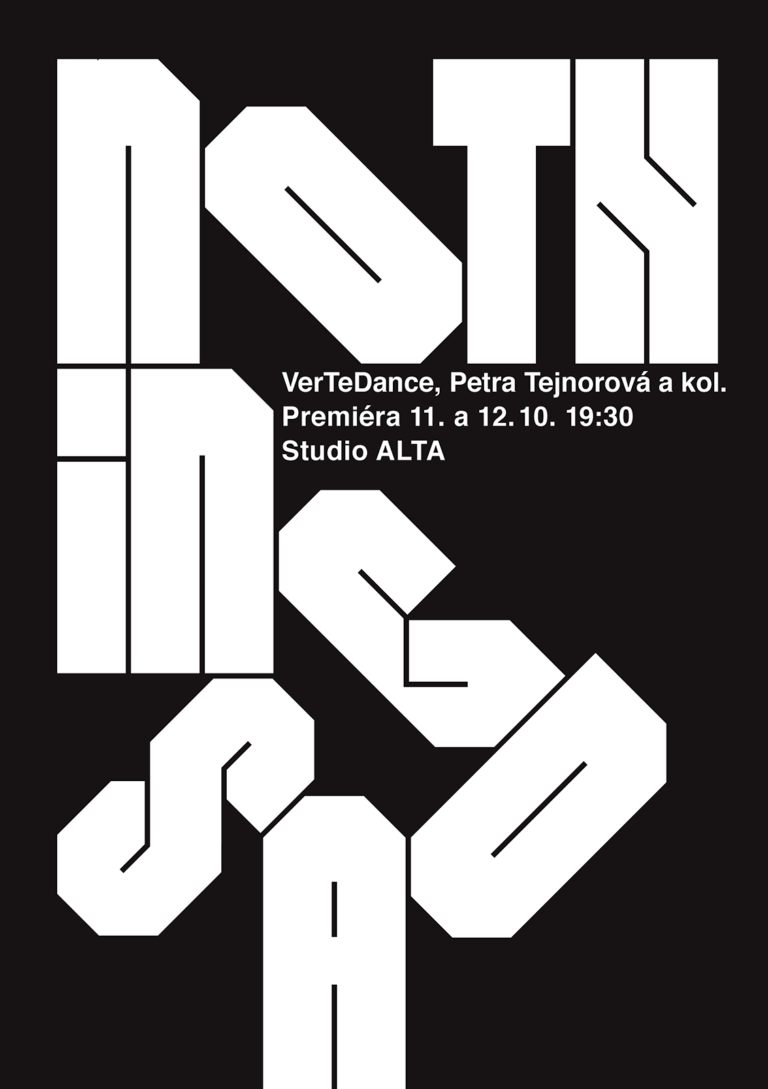