Last year, Nástio Mosquito (1981) presented his latest multimedia project, Respectable Thief. This young Angolan artist, who lives permanently in the Belgian town of Ghent, inventively combines performance, music, video, installation art, sound, and poetry. In his works, he takes a highly critical stance on such serious contemporary issues as identity, faith, the concept of nation, and the legacy of colonialism. Mosquito focuses primarily on the ingrained stereotypes of Western culture.

In Respectable Thief, Mosquito focuses on the phenomenon of cultural appropriation. He is interested in various examples of appropriation and its consequences – not only on the individual level but also on the level of entire cultures. According to Mosquito, appropriation involves “taking possession of what is useful” – to construct one’s own identity, to maintain relationships, or to gain power. In this context, Mosquito is interested in the fluid nature of language, for he is well aware that we use language not just as  a tool for individual expression but also as a tool for gaining and solidifying power. And it is this form of linguistic appropriation that Mosquito is highly critical of.

Compared to Mosquito’s earlier works, Respectable Thief is a far more ambitious project, one in which he manages to combine the work’s various elements – music, poetry, video, text – in a far more sophisticated manner. The ambitious arrangement combines impressive audio and visual elements, and leaves it up to the viewer to decide what to watch at any given moment. The careful balancing act between the visually impressive, the intimate, and the banal challenges the viewer’s mind. The performance’s hypnotically flowing energy is a moving celebration of the force of language and of the possibilities of openly articulating a critical viewpoint.

Nástio Mosquito – two years ago The Guardian called Nástio Mosquito a “future star of the art world.” And a year earlier in Kyiv, he was given the International Future Generation Art Prize for artists under 35. Mosquito hails from Angola but lives permanently in the Belgian town of Ghent, where he creates multimedia projects combining performance, music, and text with visual installations, film, and digital art. He has presented his work in the United States (New York), Great Britain (Tate Gallery, Cardiff, Birmingham), and Italy (Milan, Venice Biennale). 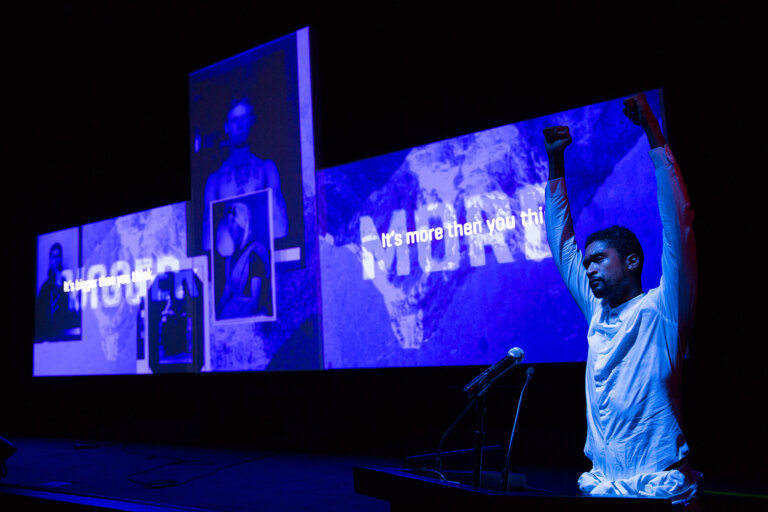 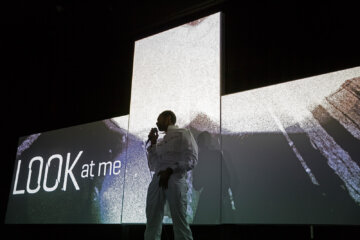 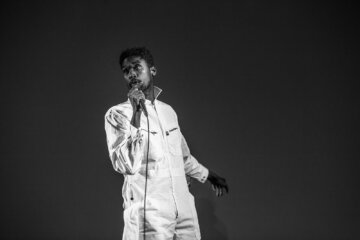 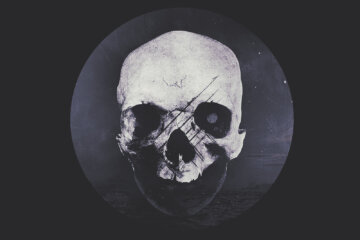 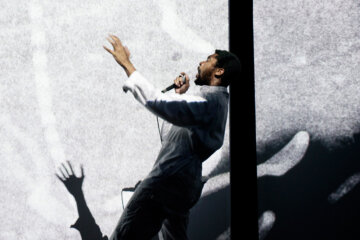