An original documentary film
Price: 50 CZK (within an entrance fee for an exhibition)

Kamila Ženatá’s Event Horizon is a unique project on the Czech art scene in terms of both its focus and its duration – it took three years to realize. In September 2014, a group of seven women got together in Ženatá’s studio in order to embark on a sahred journey of self-discovery during which they described their childhoods and outlined the systems in which they were raised. They shared their stories, told their dreams, and grew closer to (or ran away from) one another… The two previous stages of this process were presented at Karlin Studios (2015) and Venuše ve Švehlovce (2016).

For the third instalment of Event Horizon at the DOX Centre for Contemporary Art in 2017, Kamila Ženatá invited other artists as well, including Janek Rous, whom she asked to create an original documentary film about the entire, now finished, process. Rous interviewed the participating women, whose responses are underscored by the virtual reality of abandoned spaces of online computer games. Their statements are highly personal and open. By contrast, the anonymity of the virtual spaces makes them feel almost dreamlike and unreal. Rous’s film is made in such a way that it is impossible to tell what is a real story and what is a description of a dream – these two aspects are mutually interchangeable. This narrative form allows us to explore reality from the position of the unconscious – i.e., to explore events that cannot be rationally understood. Perhaps for this reason, the things that are least believable feel frighteningly real.

Janek Rous’s documentary film is a personal record of an experiment whose mission was (according to exhibition curator Milan Ohnisko) to “publish a report on the inner workings that shape a person’s mental reality under globalized consumerism.” 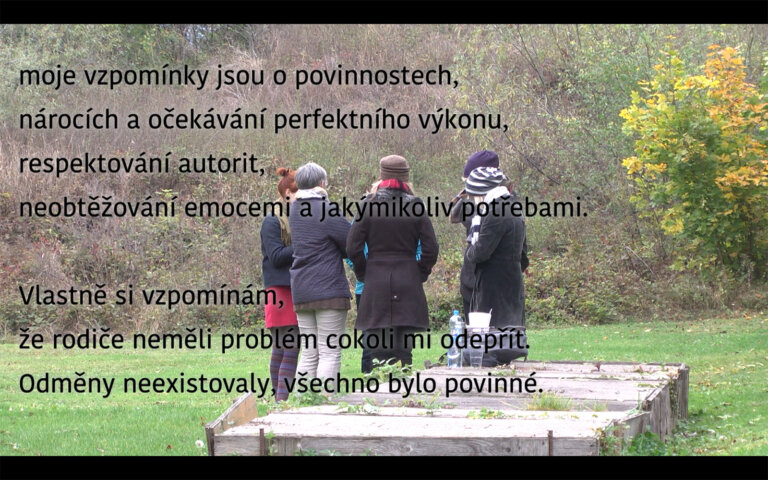