Vosto5 presents its latest original production, directed by Jiří Havelka. A drama based on a typical meeting of a condominium association. All the participants are owners of flats in the building, which gives them the right to make decisions about shared spaces. The several square meters that they own thus give them a certain level of power – and this power is expressed at the condo association’s member meeting.

Living together under one roof in one building means that every now and then you need to hold a condo association meeting where all the members discuss repairs and other issues related to their building’s shared spaces so that the building won’t collapse on the people living in it. And those people are often the owners of the flats. But there are two kinds of owners in this country – they are either “old-timers” who acquired their flat during privatization after the revolution (sometimes legitimately, sometimes through shady transactions), or they bought it more recently at market value.

Spending an hour and a half in one room is a kind of laboratory experiment of how “normal” people behave under “normal” circumstances. Relations among neighbors, based solely on the fact that they share the same building, are slowly laid bare, and beneath the layer of civilized norms these relationships are shown to be deformed, frustrating, and humanly indefensible.

With this performance, Vosto5 follows in the footsteps of its earlier projects in which the audience is an integral part of the performance’s scenographic concept. The members of the audience should feel like fellow citizens, like neighbors seated in the second row around the central office desk where the ruthless struggle among flaming egos is taking place – s struggle for power and dominance, waged in monologues on the stage of society.

Condominium Association is part of the performance series “Theater with its Finger on the Pulse of the Era.” For this project, Vosto5 has invited other performers and musicians from the independent scene to join them in exploring various controversial contemporary subjects and to try out unconventional performance venues. The productions are a form of documentary theater in which the audience is essentially forced to take an aesthetic and moral standpoint.

Prague’s Vosto5 is an independent generational ensemble that has been active in the performing arts since 1996. The group creates original performances inspired by the tradition of modern cabaret and clowneries, with an original style and fresh sense of humor. Vosto5’s aim is to engage in truly vibrant communication with the audience in order to determine how to fully activate the viewer. Their typically satirical approach explores purely Czech social issues, especially those that shape our complicated national identity – always with a conspirational sense of detachment but without judging or patronizing.

Vosto5 is a living creative organism with an uncommonly broad range of projects that offers Prague audiences an alternative to brick-and-mortar repertory theaters. The group is currently a permanent guest feature at Studio Ypsilon, the Archa Theater, and Jatka78. It is a long-term partner of 4+4 Days in Motion and also appears at festivals and other events throughout the Czech Republic and abroad.

The core of the ensemble consists of five artists and actors: Petr Prokop, Ondřej Cihlář, Jiří Havelka, Tomáš Jeřábek, and Ondřej Bauer. Vosto5 also works with artists from the fields of film, the visual arts, and music. The group’s works have won it numerous awards. 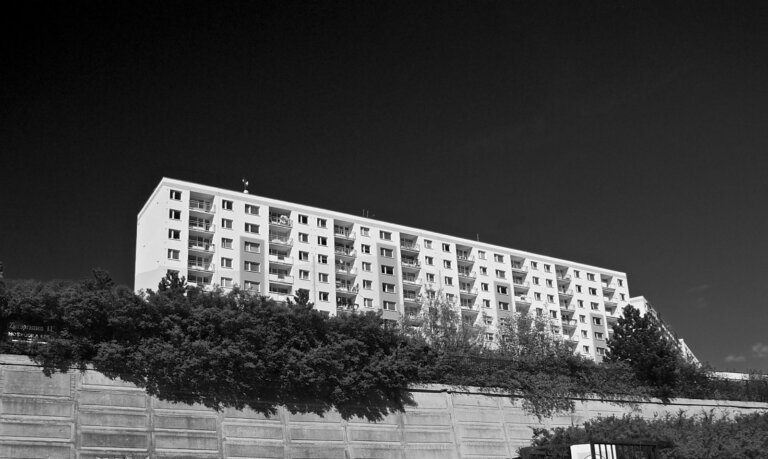 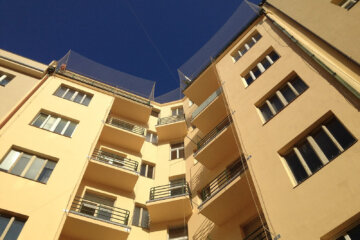 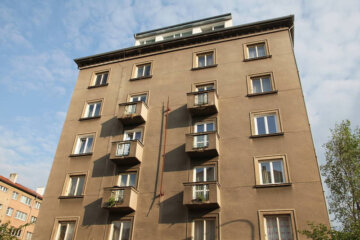 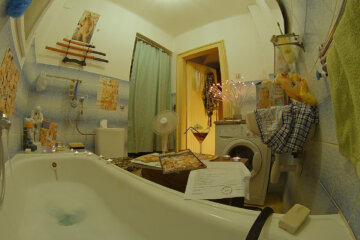 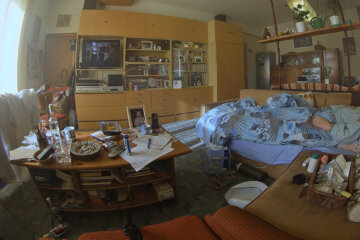 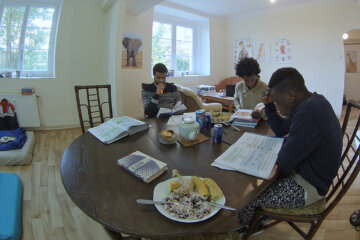 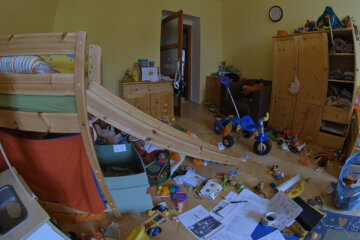