As a child, Dana Michel would wrap a yellow towel around her head in order to look like her fair-haired classmates. As an adult, she returns to this imaginary world of her alter-ego in an innovative performance in which she, honestly and without censorship, plays the role of the marginalized protagonist. With a mix of simplification and absurdity, she breaks down black culture stereotypes, turning them on their head and trying to figure out where they belong and why. Her unsettling metamorphosis is fascinating, for Dana Michel is deeply influenced by contemporary fashion, music videos, queer culture, and physical comedy.

Yellow Towel was developed in Vienna, Brussels, New York, Toronto, and Montreal, and helped to catapult Michel from Montreal’s alternative scene onto the international map of movement theater. Critics have called her “an artist who refuses to compromise and dares to invent her own language,” and they are absolutely right.

Dana Michel
Dana Michel is a Canadian choreographer and performer. Before attending the contemporary dance program at Montreal’s Concordia University, she worked in marketing, was a professional runner, and also played football. In 2011, she received a scholarship from the danceWEB program that enabled her to attend the international ImPulsTanz dance festival in Vienna. Dana explores the multifaceted nature of modern identity through the use of intuitive improvisation. Her work is influenced by film, living sculpture, physical comedy, deconstructed social commentary, the bulimic logic of hip hop, and child-like naïveté. Her works have been performed in Canada, the USA, and Europe (Austria, Belgium, Serbia, Switzerland), and has earned her several prestigious international awards. Her most recent solo piece, Yellow Towel, had its world premiere at Montreal’s Festival TransAmériques in 2013, where it was immensely well-received. A year later, the New York Times called it the most remarkable performance of the year. 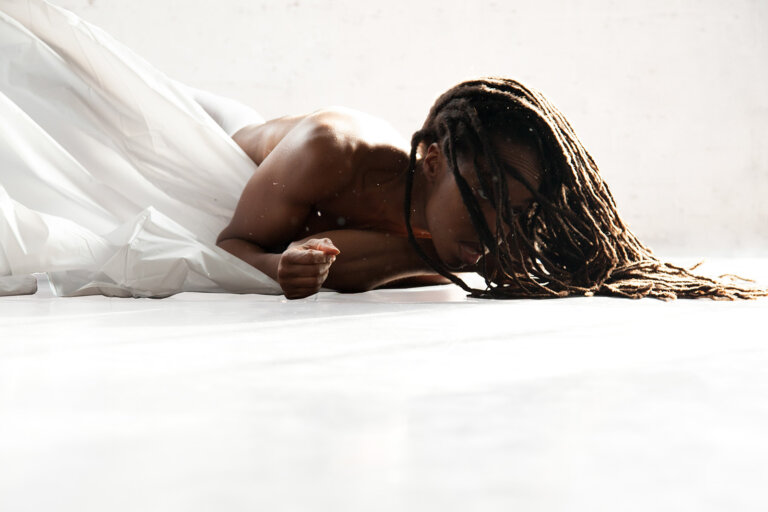 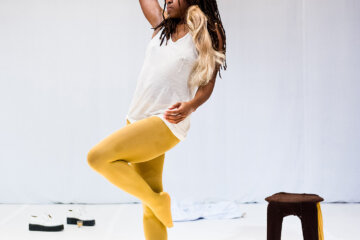