We know the images from the media: Men throwing stones, a burning house, soldiers shooting. Violence in the Palestinian territories long ago became a backdrop in our households.

But now we watch it on a projection screen with a live dancer whose movements echo the movements of the bodies on the screen. At first apathetically, then increasingly more energetically…

This provocative performance was made possible by the work of B’Tselem, the Israeli Information Center for Human Rights in the Occupied Territories. In 2007, the organization gave cameras to Palestinians living in the conflict-rife areas of the West Bank so that they could provide a more comprehensive documentary picture of life in the occupied territories.

Arkadi Zaides works with this footage, increasing its speed, adding shouting and noises, or looping a scene over and over again… His body becomes a living archive for recording human brutality and aggressiveness. It is a fascinating performance, one that was met with controversy when performed in Israel.

Arkadi Zaides
Choreographer Arkadi Zaides was born in Belarus in 1979 and emigrated to Israel in 1990, where he now lives in Tel Aviv. Before beginning to create his own works in 2004, he appeared on stage as a dancer with, among others, the Batsheva Dance Company. In the past seven years, his work has concentrated primarily on the situation in Israel and Palestine with performances featuring both Jewish and Israeli Arab artists. He is one of the few Israeli choreographers whose work engages the country’s political issues. He is the founder of Moves Without Borders (2012-2014), which organizes encounters with avant-garde choreographers, and frequently works on his dance projects with communities in the Arab regions. His work has won many awards; in 2013, Archive earned him the Emile Zola Human Rights Prize. 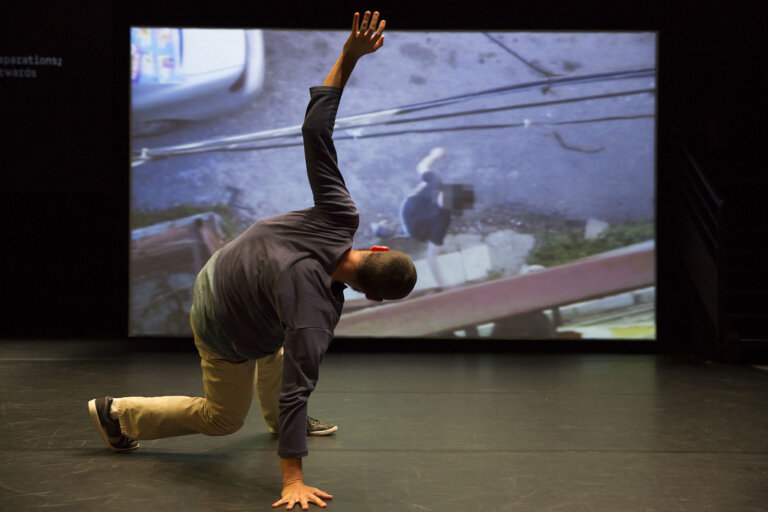