Nothing That is Everything

The exceptional dance/music performance Nothing That Is Everything is a collaborative project between leading Belgian alternative performance group Zita Swoon Group and the legendary Flemish theater troupe Needcompany.

The performance is the first, unique precursor of the Dada celebrations scheduled for the movement’s 100-year anniversary in 2016.

The group’s leader Stef Kamil Carlens loves Dada, and turned to it for inspiration in his latest work as well. Based on Greta Deses’s short film Dada (1969), the performance is a faithful reconstruction of one of the first performances of the Cabaret Voltaire in Zurich in 1916. It was here that Hugo Ball presented his poem Karawane – and of course Tristan Tzara was there, too. The Dadaists were against meaning; through their ingenious nonsense, they wanted to express their disillusionment from the horrors of the First World War.

Stef Kamil Carlens and his colleagues have given their performance a logical connection to the present, an era filled with incomprehensible violence. In addition to speaking in many different languages, they make use of other forms of artistic expression: breathtaking stage design, costumes, dance, music, rhythm, poetry, and – most importantly – humor.

Zita Swoon Group is a cosmopolitan, experimental, and original group of artists from various professional backgrounds who create interdisciplinary performances known for their outstanding music. The group grew out of the band of the same name founded in 1997 by composer, songwriter, singer, and guitarist Stef Kamil Carlens, one of the most distinctive figures on the Belgian cultural scene. Carlens is like a musical shaman for whom every concert is a magic ritual. The band has a faithful fan base in the Czech Republic, where it has performed on numerous occasions. Nothing That Is Everything is another innovative “hybrid”, as the group calls its original performance art projects. 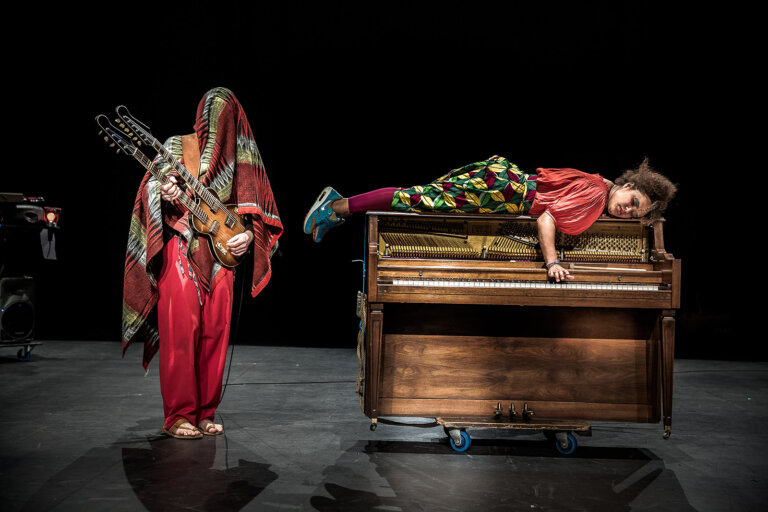 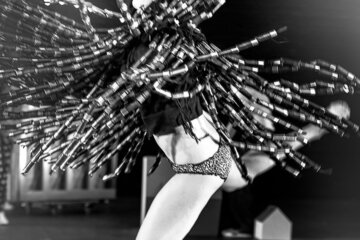