It is an archetype that we all know.
A young woman and an older man. Raymonda and Taylor. In the middle of the jungle, half-naked, only in jeans, they dance their tropical dream. Someone is watching them – we hear a rough woman’s from somewhere in the bosom of nature.

Marie-Caroline Hominal (Raymonda) and Marco Berrettini (Taylor) see their dance as an existential struggle, preparations for battling one’s own sexuality and the life one still has to live. “There’s a growing need to ask the following questions once again: why are we here on this earth? And how valuable is it to be born,” says Berrettini. When writing the second part of this piece (the original iFeel from 2011 received immense international acclaim), he was inspired by contemporary German philosopher Peter Sloterdijk’s book You Must Change Your Life, which claims that there is no religion, just religious exercise. The performance plays with Jung’s archetype of the Shadow, which is an attempt at describing our unconscious self.

Going against convention, the music for iFeel2 was created in advance – by Berrettini’s experimental band Summer Music (in which an important role is played by singer and composer Samuel Pajand). The music thus formed the libretto on which the subsequent choreography was based.

Marco Berrettini – German-born Italian dancer and choreographer Marco Berrettini’s interest in dance dates back to 1978, when he won the German disco dancing championship. He later studied at the London Contemporary Dance School and at the Folkwang University of the Arts in Essen under Hans Züllig and Pina Bausch. In 1988 he moved to France, where he began to create his own work. Since then, he and his 12-member troupe *MELK PROD (the name goes back to 1999) have produced more than 30 pieces. One of the most famous is Sturmwetter prépare l’an d’Emil, which won the ZKB Prize at the Theaterspektakel in Zurich.

He is currently working on iFeel3 and regularly leads dance master classes in Geneva, Paris, and London. 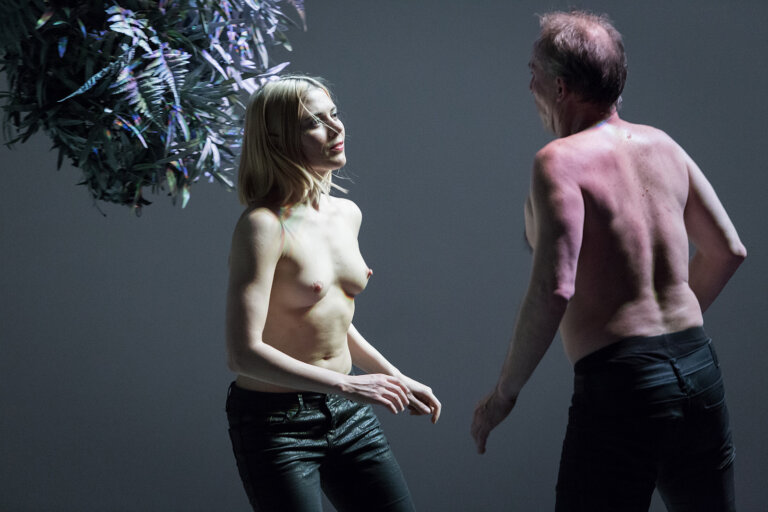