A vacuum cleaner, two chaises-longues, several hapless musical instruments, and (most importantly) footballs, tennis balls, and volleyballs – these are the main props for Cheval, which has met with enthusiastic response throughout Europe.

French video artist and performer Antoine Defoort and his countryman Julien Fournet use these items in an unusual way – guitars function as tennis rackets, a musician plays the flute with his nose, and so on and so on… While they were creating this humorous piece full of wild adventure, the authors resolved not to be discouraged by technology that wouldn’t work, and to stop trying madly to explain everything to the audience. The result is worth it.

Antoine Defoort
Briefly studied mathematics before starting to focus on art. Spends most of his time working on independent projects (videos, films, audio installations, texts), which he arranges during interdisciplinary non-thematic performances mixing humor with good and tragedy with the bizarre. “I try to maintain a sense of well-being and balance between my seasonal flights of fancy, real life and contemporary art.”

In French and English, Czech Subtitles. 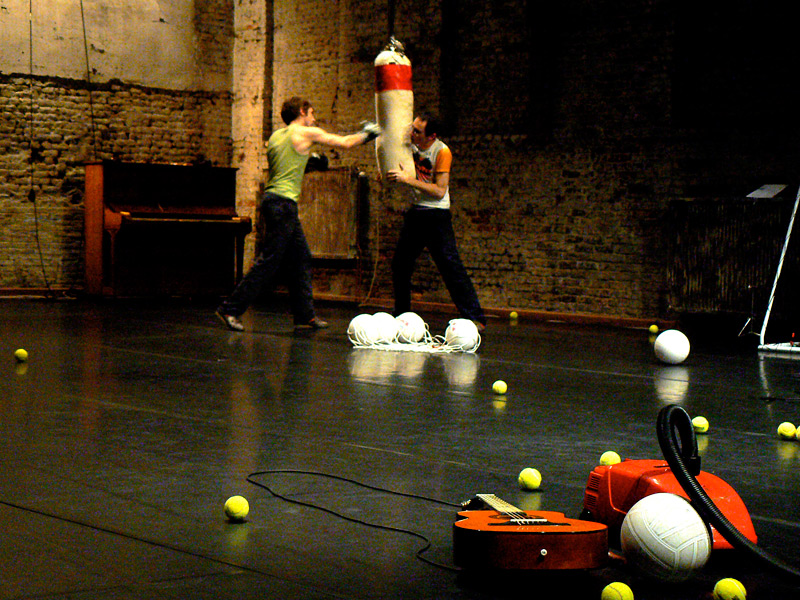 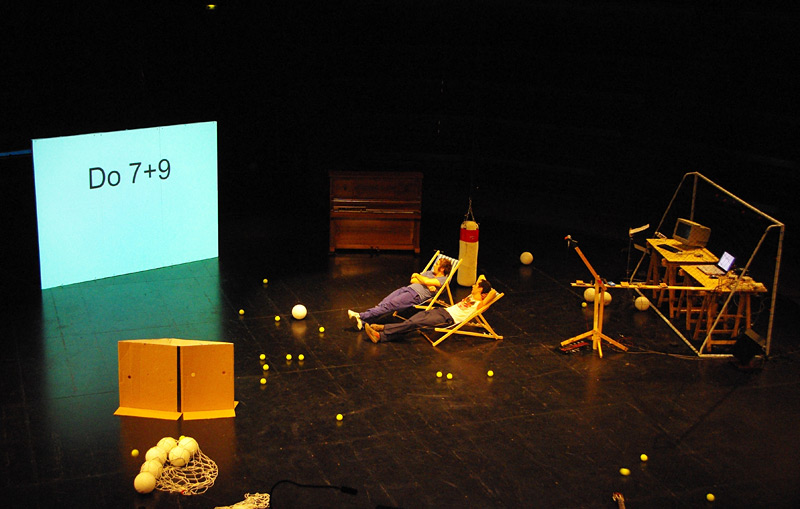 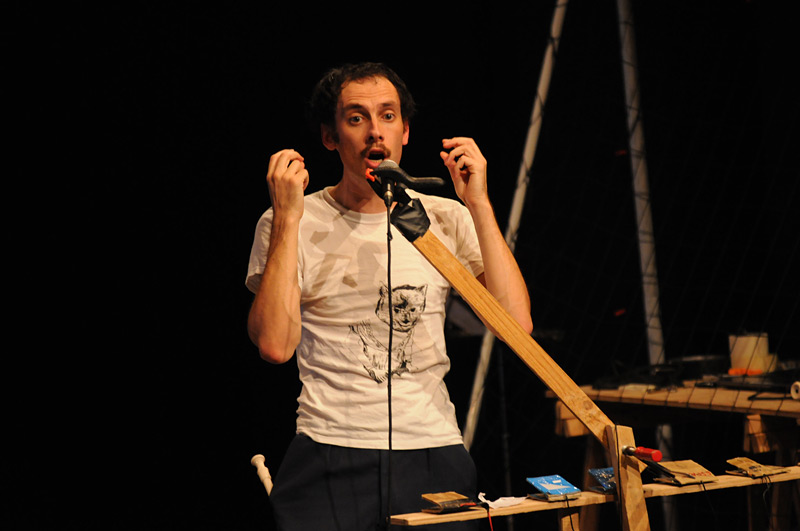 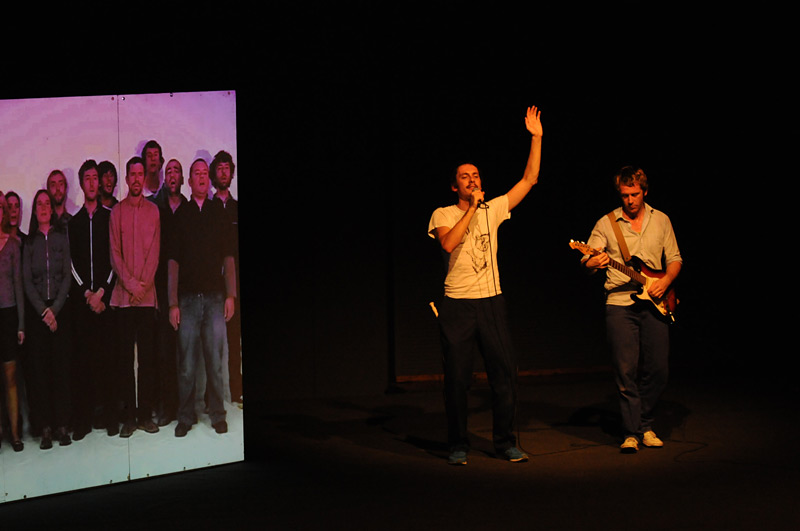 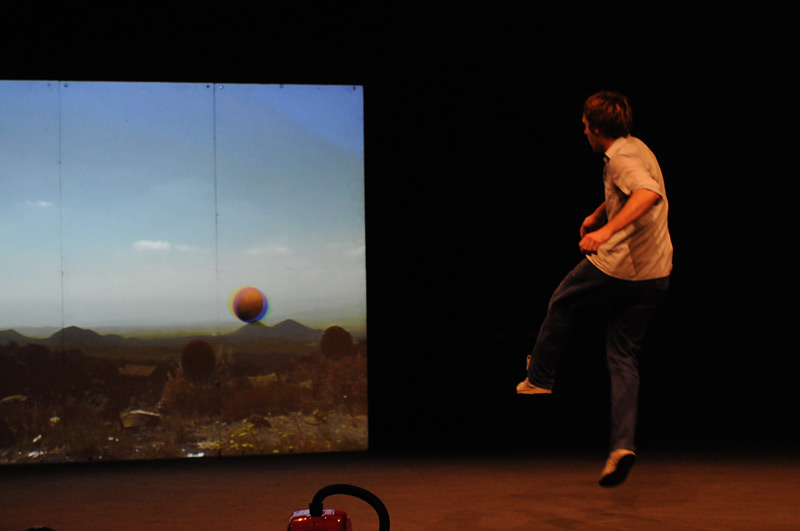 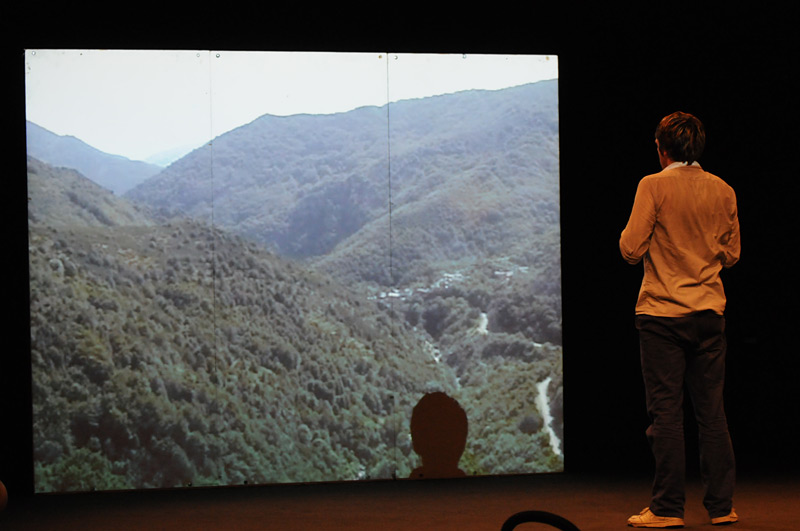 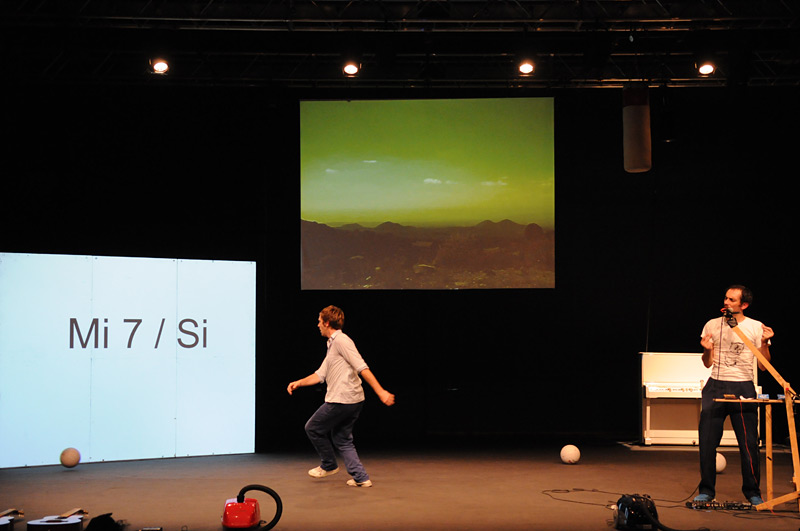 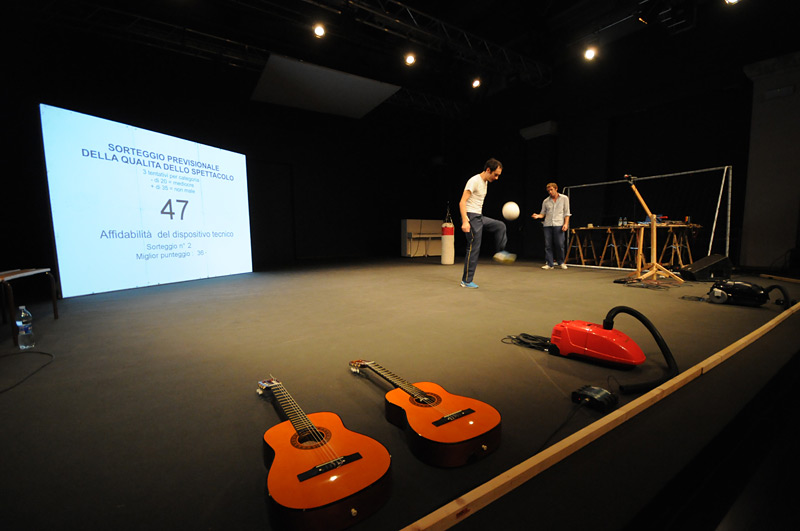 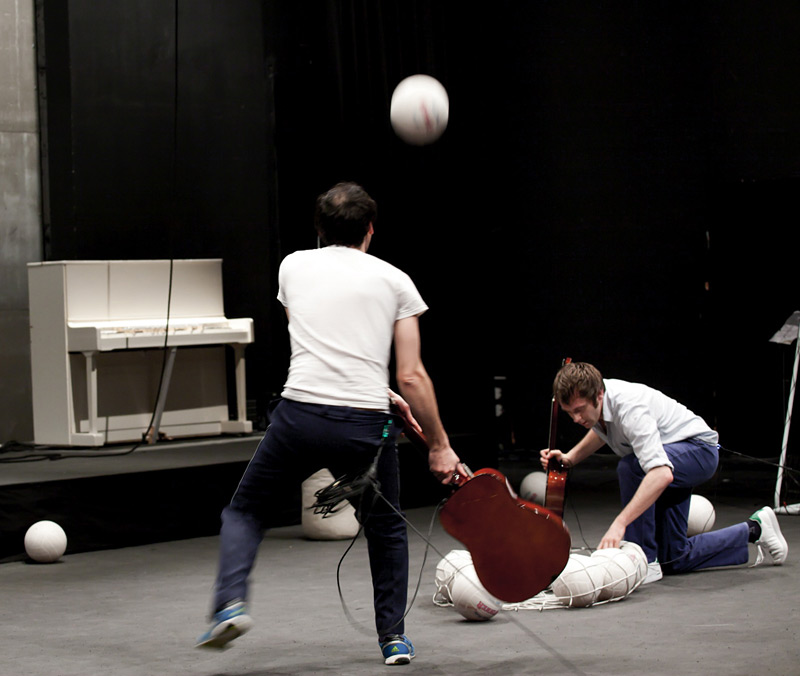