About Czech Brutalism, its architects, and physical examples at a lecture that concludes with a guided tour of two Brutalist buildings in downtown Prague – the Intercontinental and Prezident hotels

In both its forms (European and American) Brutalism, sometimes referred to as “sculptural architecture”, grew out of an admiration for the architecture of Mies van der Rohe. Like his work, it wanted first and foremost to be ascetic – not out of aesthetic, but out of moral, reasons. Its final objective was to achieve truthfulness in both material and content, but it was also interested in the social dimension of architecture. To a certain extent, it thus acted as a successor to the interwar avant-garde, except that it lacked the ethos of Marxist philosophy, replacing the themes associated with this philosophy with “subtler sociological methods; it attempted to confront the consumerist lifestyle that the avant-garde had not experienced, and it introduced into architecture and urbanism existential, anthropological and new political themes such as a person’s identification with place, the sense of belonging to a place or neighborhood, and transience and timelessness” (Rostislav Švácha).

We will learn more about Czech Brutalism, its architects, and physical examples at a lecture that concludes with a guided tour of two Brutalist buildings in downtown Prague – the Intercontinental and Prezident hotels, built according to designs by leading Czech Brutalist architect Karel Filsak (1917—2000).

Jakub Potůček (*1975 v Hradci Králové) – Historian of architecture, Ph.D. candidate at the Academy of Arts, Architecture and Design in Prague 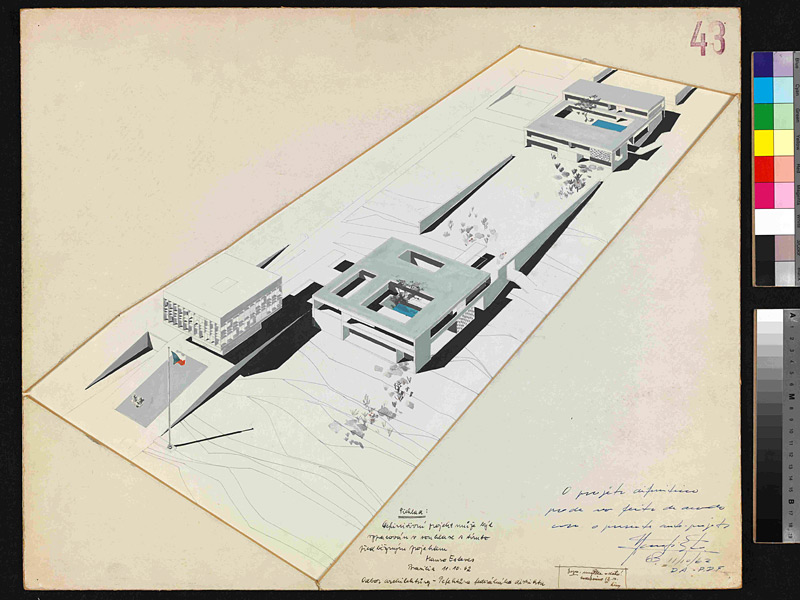