If you are interested in an intellectually inspiring and aesthetically refined show during which you will giggling blissfully as you rock to the rhythm of your own existential crisis, make sure not to miss Fear and Greed.

“I have three problems: capitalism, the patriarchy and why art can’t manage to save us.” Canadian choreographer Frédérick Gravel peels away the layers of his own soul in order to lay bare his fears and to release the monster of greed in a solo performance in which he exposes himself to the bone. His fluid transitions between dance, song, and self-therapy are accompanied by a rock band that remains in the background while he struggles with his emotions in the glow of the spotlight. In his electrifying performance he transforms anxiety into an honest attempt at reestablishing a connection with the world. He seeks transcendence and a ritual that will make sense to him. He tries to face the world and reconnect with it.

Gravel is no newcomer to the stage, but this is his first time as a soloist. With his distinctive dance, guitar, and three musicians providing a musical accompaniment, he hopes to cause a stir but also to open himself up to silence. “I always ask myself: What do we actually do, as a society and as individuals, in the space in which a performance takes place? The audience is constantly imagining, perceiving, projecting something. That is human at its core – and it motivates me as a choreographer. The dancer goes through various stage events, and at the end he is all sweaty and undoubtedly in a different state of mind than at the beginning. I voluntarily expose myself to this path, which is a path not of control but of abandonment. That is what interests me, what terrifies me.”

Choreographer, dancer, musician, and lighting designer Frédérick Gravel studied dance at UQAM (Université du Québec à Montréal), graduating with a thesis on “The Role of the Dance Artist in a Democratic Society.” He has been active on the Montreal scene for fifteen years. In his works, which he enriches through the use of various elements from rock music and performative art, he turns the structure of choreography upside down. In 2010, he joined the DLD ensemble, of which he has been artistic director since 2018.

His performances – Gravel Works (2009), All Hell Is Breaking Loose, Honey (2010), Usually Beauty Fails (2012), This Duet That We’ve Already Done (So Many Times) (2015), Some Hope for the Bastards (2017), and Fear and Greed (2019) – have been met with exceptionally positive critical acclaim at home and abroad. He joined with Étienne Lepage to create Ainsi parlait… in 2013 and Logique du pire in 2016. In February 2015, he returned to the cabaret style at the Usine C performance venue, presenting Cabaret Gravel along with twenty guest artists including Dear Criminals and Molinari Quartet. He creates his works in close collaboration with all the members of Grouped’ArtGravelArtGroup/GAG, a constantly changing group of dancers and musicians who are actively involved in the creative process. Over time, Gravel has increasingly focused on teaching activities; he regularly leads creative workshops and teaches at the CÉGEP du Saint-Hyacinthe theater school, at the Université du Québec à Montréal, and at Montreal’s École de danse contemporaine. He is also a member of Circuit-Est centre chorégraphique.

Za podpory: the Canada Council for the Arts, the Government of Canada (Embassy of Canada) and the representation of the government of Québec. 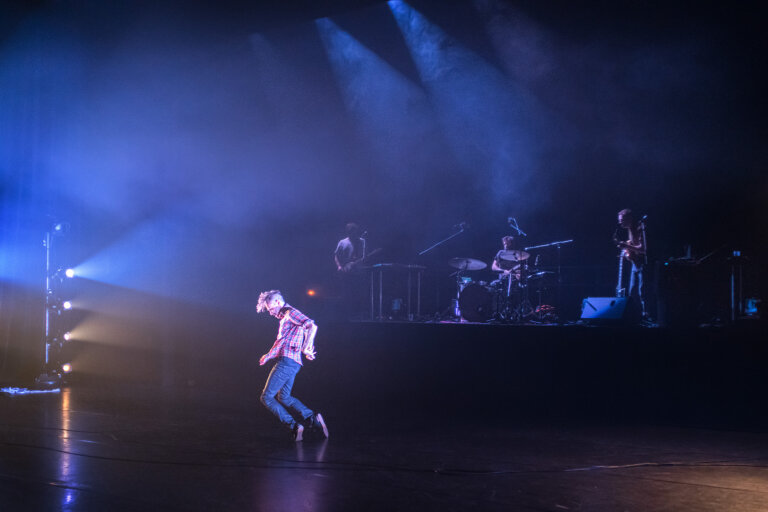 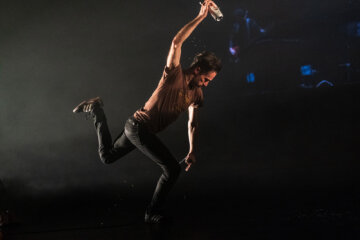 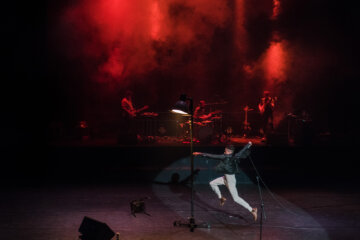 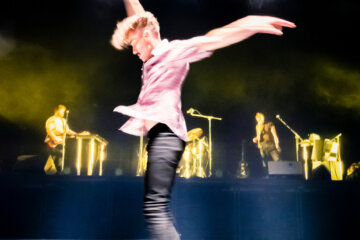