One of the most frequently asked questions on Google is: “What do I do to be normal?” Usually, we are told what is abnormal but the limits of normality remain vague and nondesript. In his latest project, Louis Vanhaverbeke explores the frontier of normality in both its imaginary and literal sense.

People build isolation cells, prisons and schools to set the limits of normality and differentiate themselves from the others. To what extent does this spatial approach endanger our freedom and our personality? What stands between a safe space and a potentially unsafe one? Who decides what is inside these limits and what is outside? As a true maintenance technician, Vanhaverbeke fills the stage with fences, storage containers and a fuse box. He builds, drills and assembles while his music may be trying to express what actually bothers him. He uses his hand-assembled constructions to open doors through walls and to open windows through mirrors, thereby also metaphorically transforming his inner space.

Louis Vanhaverbeke is interested in the clash of lifestyles and subculture. To him, music is not only a means of expression but also a tool for searching for an identity. As a teenager, he fluctuated between the stance of a rapper and a wannabe rock star. By remixing various ambitions, he’s developed a very specific vocabulary, a free style, which is hard to classify but very easy to understand. In 2010, he graduated from the Media Studio of the Gent School of Architecture (currently LUCA) and in 2014, he graduated from School of New Dance Development in Amsterdam. Today, he is active mostly in performance and installations. Objects are a key element of his research. Plastic artifacts, drum computers, small vehicles and all his other colorful props are his tools for building very agile performances. He also explores which kinds of spoken word can help him develop complex ways of thinking.

Supported by: Flanders – State of the Art 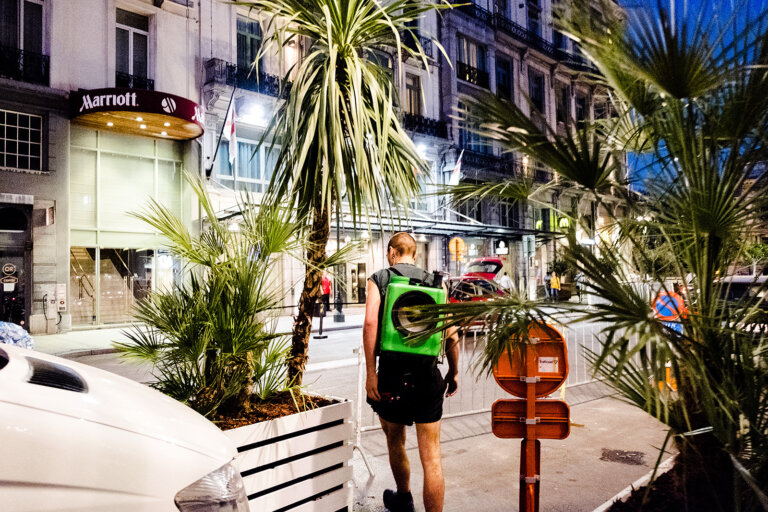