Installation
Price: 50 CZK (within an entrance fee for an exhibition)

“Learn the exact duration of time. To know how time sometimes rushes by and then its useless slow rise that we must nevertheless endure, is also what, undoubtedly, it is to learn intelligence.“
Hiroshima, my love, Marguerite Duras

Time was originally measured in reference to natural phenomena, by sundials or Clepsydres. From the Enlightenment, another vision of time has gradually emerged with the invention of the clock: that of an organized, inflexible, mechanical time, which governs the functioning of society.  Depuis la Nuit Suspendue des Temps revives an organic and poetic conception of time. It develops an aquatic, luminous and sound ecosystem, in which water nets decompose into a multitude of suspended drops. Defying gravity, the drops remain motionless for a moment, rise or fall very slowly, before forming continuous nets again. This choreography of levitating drops confronts us with uncontrolled anomalies in the flow of time. It invites us to contemplation, to reconnect with the archaic forces of the sacred in the sense that Roger Caillois defines them: “The sacred gives life and delights it, it is the source from which it flows, the estuary where it is lost”.

Christian Delécluse’s artistic research questions the processes that construct the gaze and weaves relationships between art history and the history of thought, between scientific knowledge and founding myths. His works question the beliefs and daily behaviours that emerge from these representations of the world.

His installations often confront the viewer with situations of perceptual ambiguity. Situations where our certainties about the world are crumbling, and where we can guess, through these cracks, the existence of a universe that was previously unknown. A second level of reading generally extends this principle of sensitive, perceptual disorder, anchored in the body, to a process of decolonization of thought: dissolution of borders, friction of beliefs, association of science and magic.

The machine occupies a central place in his work, both as a metaphor for studying natural and human ecosystems, and as the object of his plastic production. By machine, he means a set of elements that are articulated together in such a way as to accomplish a certain objective, whether functional or symbolic, vital or absurd. Machines embody our relationship to the world in an operating reality, thus ensuring its transmission to future generations in a process of coevolution between humans and machines. Technology feeds on and perpetuates our archaisms.

Christian Delécluse imagines sensitive machines that reflect a mythological and ancestral imagination, while reflecting the state of contemporary society. Acting as a mirror of our own sensitivity, these machines participate, not without humour, in raising awareness and transforming our representations of the world. They create situations conducive to resonance, the phenomenon that, according to the philosopher Harmut Rosa, is at the origin of the aesthetic experience.

These machines bring into play the forces at work in our daily lives, whether they are scientific forces such as gravity or magnetism, or literary forces such as desire. They summon a magical, non-spectacular thought, which aims to transform the world by reactivating rituals that we thought had become obsolete. A dialogue is being established between science and the sacred, reviving the vision of the alchemists of the Middle Ages. 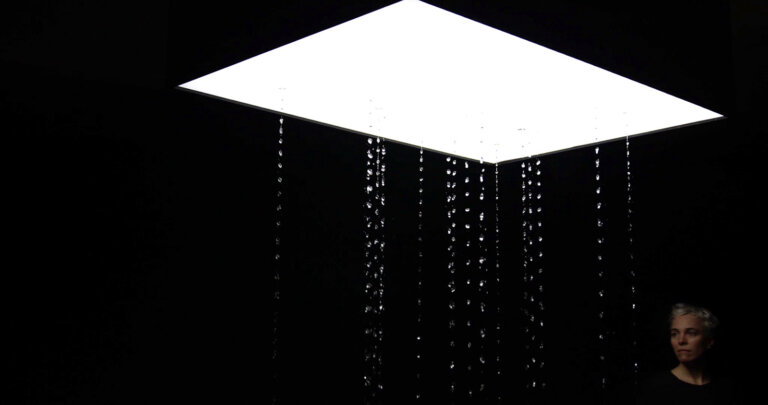 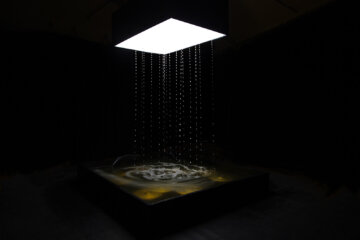 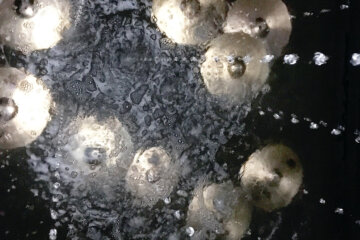 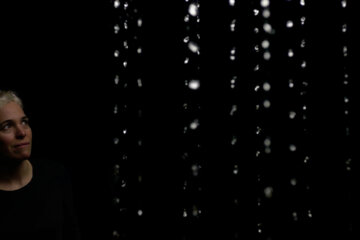