Uncertainty of the Principle

Werner Heisenberg published the theory of uncertainty in 1927. In 1933, he won the Nobel Prize for physics. His theory describes the inability to determine the status of elementary particles: the more we know about one of the particle parameters, the less we know about another one. “Whenever we observe something quantum mechanic, we become two different copies of ourselves. There is a copy that was given one answer, and a copy that was given another answer. This means there is a huge number of more copies of us that can see things happening in the universe in a slightly different way.”

Isn’t it great? Every part of what we perceive as reality may have various potentialities, and the perceived “reality” can develop in various directions in them. In addition to his brilliant career as a physicist, Werner Heisenberg was also the brain behind the Nazi effort to produce an atomic bomb. In our reality, he failed, and some argue whether he did so deliberately or whether it was a real failure. In another reality, he might have succeeded and gone down into history because his achievement might have overshadowed even his Nobel Prize. In yet another reality, however, Heisenberg might not have produced the bomb deliberately and won the Nobel Prize for peace instead. That reality would be relatively close to ours because the American discovery of the atomic bomb is said to have brought the end of the war faster and saved millions of lives. Yet the father of the American bomb, Robert Oppenheimer, never won any Nobel Prize.

There is probably no clear starting point and no end of this complicated history. In the case of Heisenberg, who met Einstein after he received his doctor’s degree in hydrodynamics in 1923, everything would be probably different if their meeting had not happened. So let’s define the beginning Heisenberg’s reality by the year of 1901 when he was born in Würzburg.

Our selection for the 4 Days festival keeps the same principle of a specific starting point developing into an infinite number of possibilities. In our case, the beginning was an organized system or a mathematical principle that can be visually seen as geometry. From this starting point, there were many missteps into parallel realities, so it is quite likely that the genesis of this mathematically precise geometric form happened in another reality, while in our reality, it became random, intuitive and irrational. The exhibited artworks are characterized by mathematical precision and geometry as their potentiality, but we won’t probably know whether as a yet unrealized possibility (if it really was the starting point), or a possibility the authors will ultimately reach.

One example is a circle of by Helmut Smits – visually real geometry – the construction of which seems so non-mathematical it undermines our idea of exact drawings. Or maybe this kind of drawing is so elemental, universal and straightforward that is the only possible one.

As a part of the exhibition UNCERTAINTY PRINCIPLE › 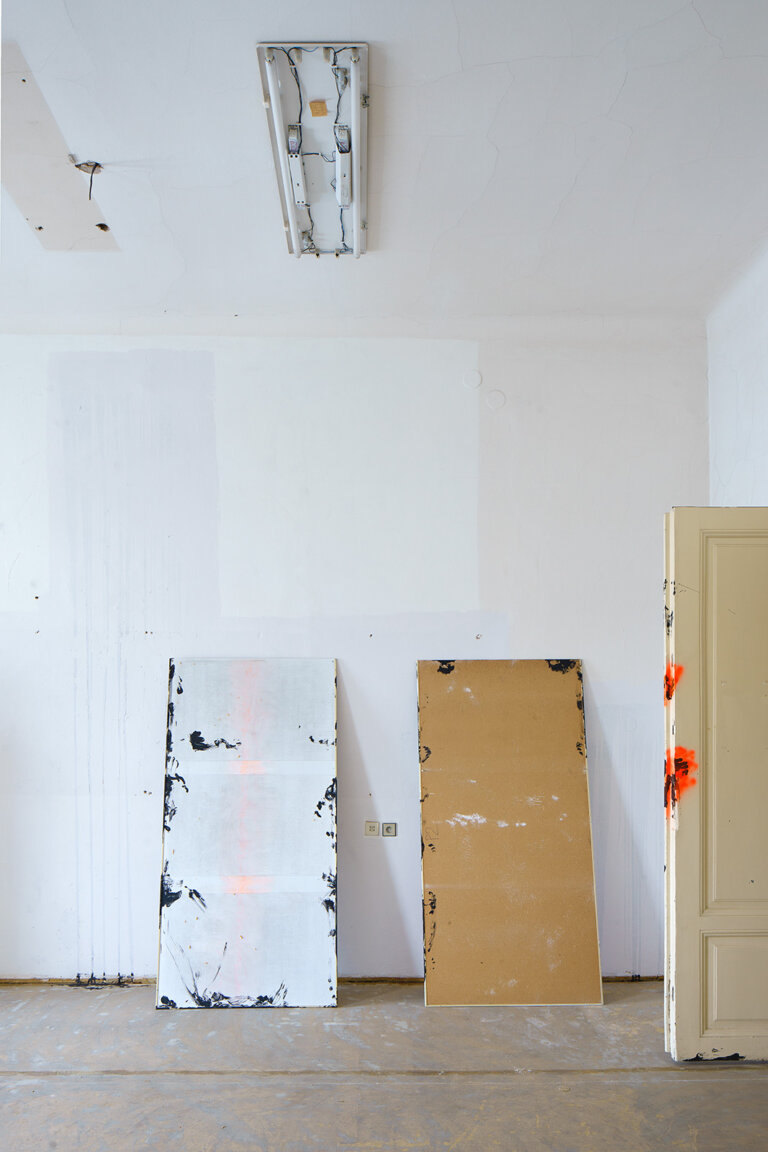