More you grip a particle in the hand, more restless, moving and stormy it is becoming.

In this audio visual performative installation T.I.T.S. drew inspiration from Heisenberg’s uncertainty principle stating the more precisely you measure one quantity, the less precisely you can know another associated quantity. The participating artist will represent one quantity and their meeting, with each other and with the audience in the space, the other.
In a wider sense, the performance questions the precarity which affects the contemporary society, particularly youth, women, immigrants and all of us who works under temporary or part-time contracts. How do we deal with the uncertainty and lack of predictability in our lives?

Come to experience singing and dancing on uncertain gender borders under magnifying video glass with sound broadcasted from Swedish village.

T.I.T.S. is an independent fluctuating performance group that begin to form during their studies at Norwegian Theatre Academy in Fredrikstad. T.I.T.S. often work in non-hierarchical constellations with ideas being developed collectively. T.I.T.S. explore the possibilities of hybrid theater forms between play and choreography, sound, image and body. Nela H.Kornetová as an artistic leader initiate all the audio-visual projects centered around themes that audience can relate to instinctively. T.I.T.S. created black box specific performance “Trumpets in the Sky”(2013) as their NTA graduation exam, multimedia performance “My own private picture” (2015), audio-visual dance piece “Forced Beauty” (2016), physical concert/ operetta: “MINE” (2017) and visual physical performance “Cult of Busy” (2018) that toured around Norway, Denmark, Germany, Lithuania, Italy, Poland, France, Slovakia and Czech Republic. Currently they are preparing audio-visual physical performance “Tumor – carcinogenic romance” (2019) and “Badman” (2020).

Nela H. Kornetová (CZ) is an independent performer and performance maker based in Norway. She focuses on themes and emotions that audience can relate to directly. Her aim is to create atmospheric and sensual performances that explore the borderlines of different art forms. After graduation at JAMU (CZ, 2010) and Norwegian Theatre Academy (NOR, 2013), she was DanceWEB 2014 scholarship holder (Impulstanz, Vienna). She is an artistic leader of T.I.T.S. performance group.

Lærke Grøntved (DK) is an independent performer, composer and theatre maker based in Norway. She works with music, dance, performance and visual theatre. Her projects and research are often based in her interest for gender, hate, desire and utopian thinking.

Jaro Viňarský (SK) is a choreographer, performer and dancer. He received several awards f.e. The Audience Award at the Czech Dance Platform and the Award of Sazka for “Discovery in Dance” – both for his solo work “The Last Step Before”, and The Bessies, The New York Dance and Performance Awards in category Outstanding Performance in Pavel Zustiak Palissimo’s Bastard at La MaMa Moves! Dance Festival. He is a founder a non-profit organization SKOK! working for the development of contemporary dance and physical theatre in Slovakia. He closely collaborates with choreographer Karine Ponties (BE). Jaro’s work (Animalinside, Xira, Absent, L’Amour, You are here) was presented at festivals in Slovakia, Czech republic, Russia, Croatia, Austria, Poland, Portugal, Romania, Bulgaria, Denmark, France and USA.

Björn & Kristin Honsson (SE) are two Swedish visual and sound artists. Together they form the artistic duo Släkten. Using and blending multilateral symbols, rites and artefacts they seek to create open spheres, where the boundaries of what’s culture and who writes history is challenged. The context of the work is site specific and aims at giving the people of the modern society a chance to participate in ritual and symbolism without religion. Together with the participants of this events the duo attempts to create a gaps in time where people’s perceptions of what is true in so called civilized world are set aside. Släkten calls this a time travel into freedom.

Jiří Šimek (CZ) is theater artist. He is devoted mainly to authorial work and he is cofounder of UFFTENZIVOT.CZ platform. He graduated at Alternative and puppet department of theater academy of performing arts in Prague, in atelier of Petra Tejnorová. As an actor/performer he participate in independent theater productions mainly in Prague. He also performs in movies and TV. In his own work he is focused on physical theater, dance, improvisation and slam poetry which is connected by the theme of certain project. On theater/art he is interested in present moment, so to say the space between performer and audience. 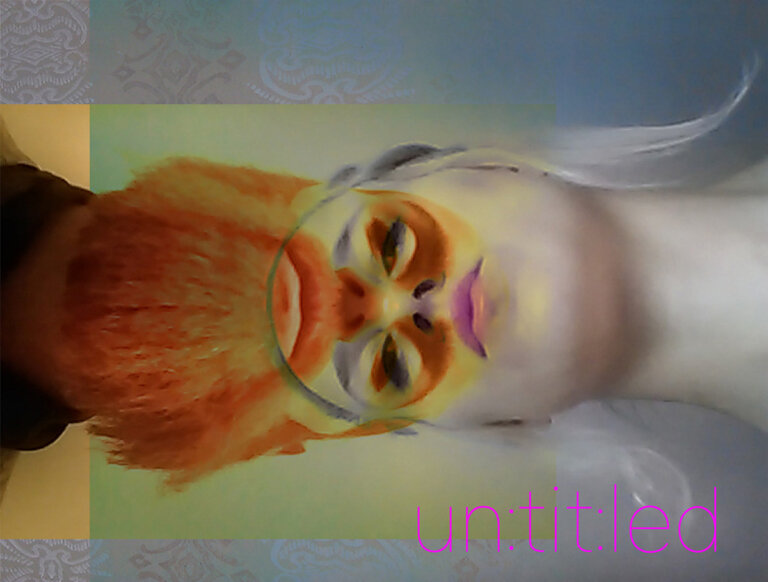