As Far As My Fingertips Take Me

In this gallery project, the audience and performer meet through touch and the story of one personal experience. The installation uses a one-on-one format where the spectator meets the artist through a gallery wall and perceives the work through touch and sound without seeing the performer. Behind the wall, Basel Zaraa, a Palestinian refugee born in Syria, tells the story of how his sister fled from Damascus to Sweden. This form of intimate encounter explores empathy towards situation faced by people who experience discrimination when crossing borders. Fingertips are not only an instrument of touch, sensitivity, and subtle perception, but also a means of identification – authorities use fingerprints to check and regulate the movement of refugees. One can either choose to store their stories, or to wash them away.

Tania El Khoury is an artist whose main focus is on interactive projects with an ethical and political potential. She creates installations and performances in which the audience actively participates. Her work has been presented on five continents in various spaces – ranging from museums to an aerial tramway. She has received many awards, including the ANTI Festival International Prize (Live Art, 2017), the Total Theatre Innovation Award (2017), and the Arches Brick Award (2011). Tania has a PhD from Royal Holloway, University of London.

Her research and publications examine the political potential of interactive live art as it exists immediately following the Arab Spring.

In Great Britain, Tania collaborates with the artistic group Forest Fringe. She is, however, also one of the founders of the Dictaphone Group in Lebanon, which is a research and performance collective focusing on the relationships between the inhabitants of a city and the place where they live as well as on new definitions of public space. 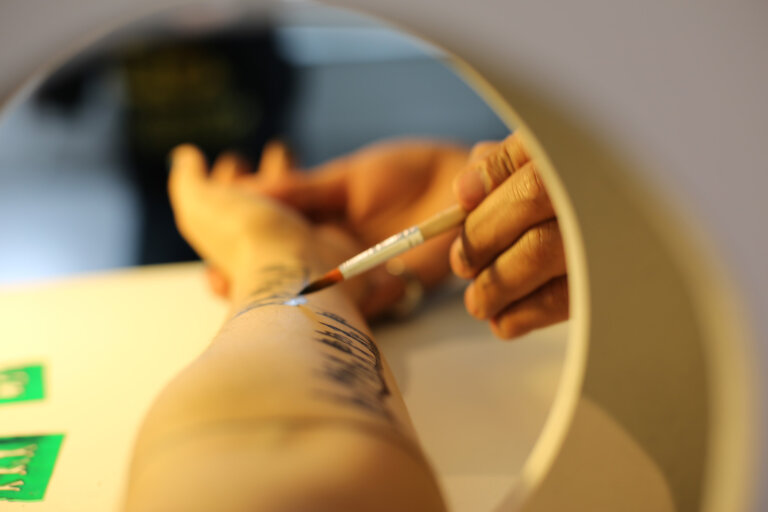