This interactive video installation is intended for only one viewer at a time. The main theme is the continual availability of news on laptops, television, and smartphones, which makes us perpetual witnesses to complex situations occurring around the world. Each day, we feel unease when confronted with poverty and desperation. What each viewer sees on the monitor provides them with the opportunity to explore their own feelings of discomfort and uncertainty – what if the news is watching us? The Guilty Landscapes installation transfers images of uncomfortable responsibility into the white space of a gallery, where the protagonists look the viewer in the eye. The artist is not interested in documented reality, but rather in the viewer, who is thrown off track by what they are watching – by the fact that a specific person is communicating with them from the screen. The viewer thus becomes just as vulnerable as the work itself. “Only doubt can save us,” comments the artist.

Dries Verhoeven (1976 Oosterhout, the Netherlands) is a theatre maker and visual artist. He creates installations, performances and happenings in museums, on location and in the public spaces of cities. On the boundary between performance and installation art, he critically evaluates the relationships between the spectators, performers, everyday reality and art. The spectator is directly involved in the work or given the opportunity to steer his or her own experiences.

In his work, Verhoeven highlights aspects of the common social reality in which we live. He is not concerned with conveying a statement about reality, but mainly about unbalancing the visitor in order to evoke a shared vulnerability between the viewer and the viewed work. With gestures, which radically affect the public order of everyday life, he hopes to sow the seeds of doubt about the systems that inconspicuously influence our thoughts and actions. In recent years, the current crisis mind-set and the influence of digital media on interpersonal relationships in particular have formed the basis for his projects. 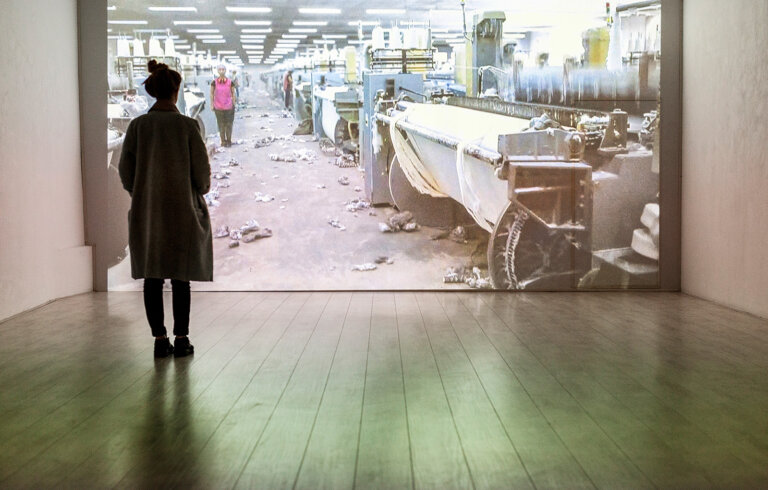