Are there places we are not allowed to go? Places we have no right to explore? And if we cross the boundaries of forbidden spaces, what happens to us? In Quartiers libres (2012), Nadia Beugré uncovers and explores just such strange, forbidden places – places that attract our interest: spaces of free creation, complete devotion, and new discoveries. And precisely this is the site of the fierce struggle for freedom of expression; precisely here, we must never surrender.

At the start of the performance, a dancer walks across the stage in high heels; clearly in a good mood, she sings to herself and even tries to get the audience to sing with her. She seems completely at ease, and even laughs delightfully at herself. She has a microphone cord dangling around her neck which she keeps winding and tightening until it becomes a dangerous loop. The dancer asks the audience for help. In the end, she becomes trapped in her own props and begins to engage in a fierce struggle for her own existence. The sense of angst and tension is inevitably transferred onto the audience, which is exactly what Nadia Beugré has been aiming for, as if wanting to tell them by her gaze alone: “Definitely don’t expect a pretty little dance. That’s not what you’re here for. This is going to hurt. You will have to watch how it hurts me.”

During the performance, the dancer furiously tries to regain her “quartiers libres,” which in French means free territory or limitless space. But what to do with it? And is it even worth it? Performing her own choreography, Beugré struggles with all her might against the oppressive limitations of the clearly delineated stage, oppressive sounds, a flood of plastic bottles and endless cables. In a world that is constantly placing obstacles in her way, the performer is constantly forced to engage in a passionate yet vain struggle for freedom that will leave a permanent mark on her body and soul.

Nadia Beugré initially worked with the traditional dances of the Ivory Coast. In 1997, she and Béatrice Kombé founded the Tché Tché dance ensemble, which has performed both at home and abroad, where it has won numerous international awards. Beugré also creates solo choreographies, and presented her piece Un espace vide: Moi (Empty Space: Me) in Great Britain, France, Burkina Faso, Tunisia, and the United States. Her later solo projects – Quartiers libres (2012), Legacy (2015), and Tapis rouge (2017) – have been performed in many countries around the world. 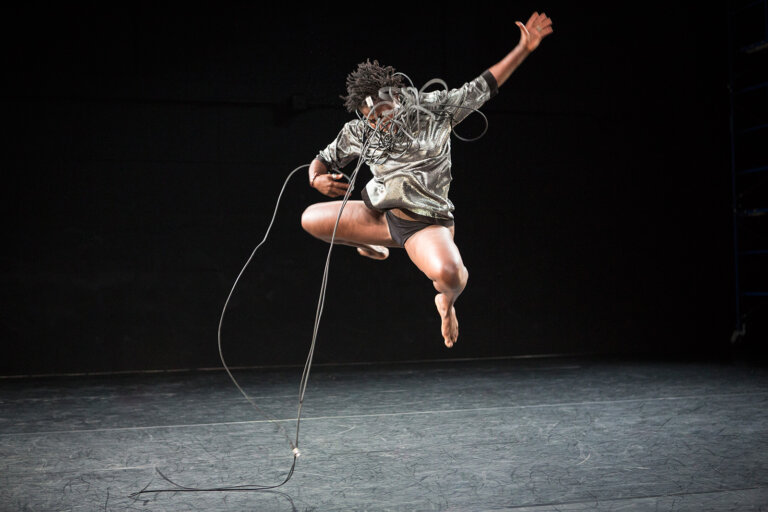 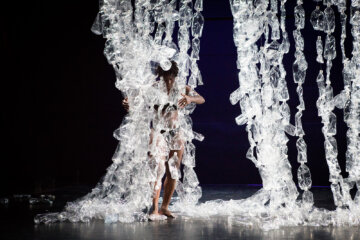 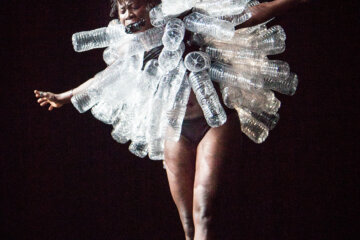