A Man in Europe

A lecture-performance about the next generation of European visionaries

As part of the In Search of Europe project, Lucas de Man spent 30 days visiting 17 cities in eight countries, where he talked with more than 20 young creative professionals who are trying to make a positive impact on society. De Man was pleasantly surprised that the new generation is ready to fight for these changes, and the experience inspired him to create the lecture-performance De Man in Europe, in which he compares our current transitional era to the time when the Middle Ages gave way to the Renaissance – another era that gave birth to an entire generation of visionaries (e.g., Erasmus of Rotterdam, Thomas More, Martin Luther) whose ideas shaped the Europe we live in today. Lucas and his film team tried to find out whether we are living through a similar period of transition today. Who are today’s visionaries? How do they see our era and contemporary society? What is their stance towards current European issues such as new democracy or the loss of public space? What would they change? And what are they doing about it?

The lecture-performance De Man in Europe consists of excerpts from interviews that give viewers insight into the ideas and inner struggles of young Europeans. It is part of In Search of Europe: Discovering the Self, a project realized in collaboration with Het Zuidelijk Toneel, Company New Heroes, and several other (foreign) partners. 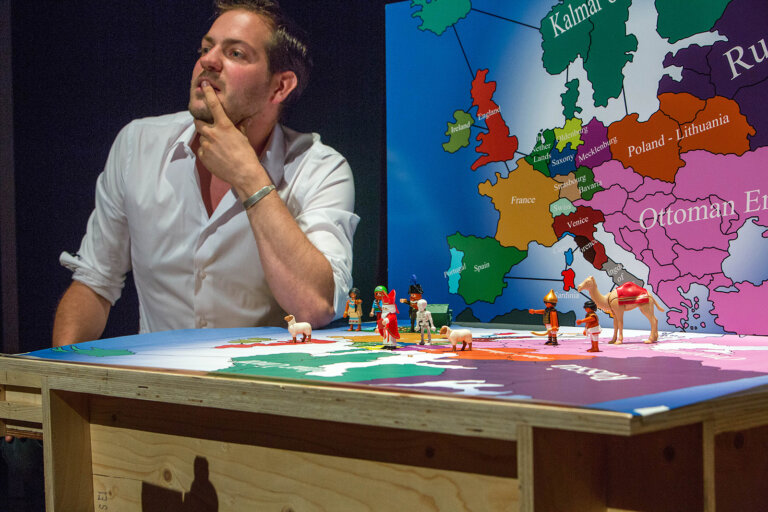