A guided tour with Radovan Lipus

Karlín is IN! About the buzz in Karlín, the Negrelli Viaduct and Karlín Square

A tour of happening Karlín around the barracks and beyond. What new things have sprung up and what has remained the same? We will start with the poetry of arches that is the Negrelli Viaduct. And what else is there to see in Karolinenthal? We will look at its main square, where the Church of St. Cyril and Methodius has witnesses many events and many people come and go. And other sights, some of them seemingly off the beaten track. Meet at the barracks – looking forward to seeing you there!

Radovan Lipus studied at the Theatre Faculty of the Academy of Performing Arts (DAMU), after which he was active at the Činoherní Klub in Prague, the National Theatre of Moravia-Silesia in Ostrava, and the Švandovo Theatre in Smíchov. He is the author and director of the television project Buzzing Cities (co-author D. Vávra) and the follow-up series Buzzing Footsteps, which looked at fate of Czech architects in the world. He teaches at DAMU and at the University of Ostrava’s Faculty of Arts, and regularly publishes prose, essays, and newspaper columns. 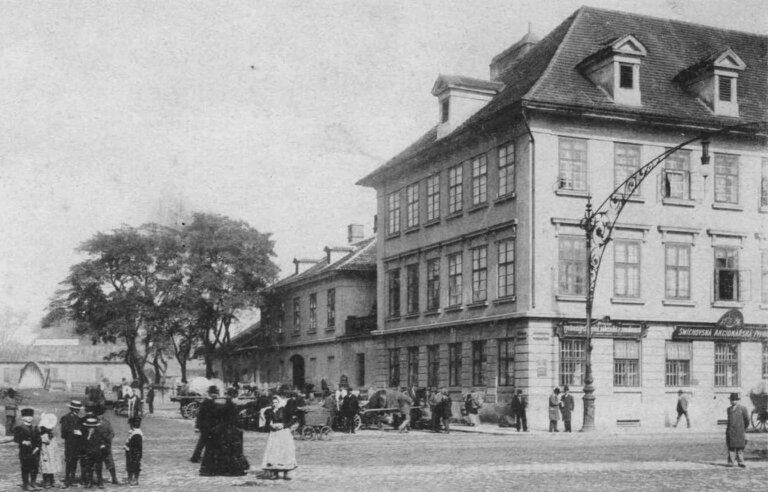