curator Mariana Serranová within an exhibition How not to want anything

Performance art as a ritual in the broad meaning of the word has been variously interpreted since its very beginnings. In its ritual form, performance art and happenings involving a symbolic act by either a group or an individual have defined themselves in opposition to the policies of art-historical institutions and the clearly established boundaries of exhibition spaces. Today we tend to forget that this inclusive and dematerialized art form emphasizing direct interaction and the artist’s physical presence stood in opposition to official art, and that this still is the case in certain culturally and politically repressive places.

At a time of communication through social networks, long-distance monitoring, formalized laws, industrialized entertainment and ritualized politics, the outward self-stylization of today’s fluid society is understandably changing, as are its tools of power. Artistic practice today is going even further in critically uncovering overt and hidden relations, and is doing so without formal limitations – by combining performance art with visual art, elements of theater with choreography, new media with any other sources. The broad scope of live art is being constantly redefined by contemporary artists’ practices. The action’s immediacy gives us a sense of the absurdity of pre-programming; the performers’ physical movements give us a sense of being controlled by power; they are templates for sharing collective activities and spectacles – from culture to politics and sport. They antagonize and at the same time brings together the public and the private, work and leisure, the matter-of-fact and the unacceptable, and lets us know how our experience of the present day is influenced by events in the surrounding world, by politics, by manipulative technologies and media reality.

The inimitability of the public’s interaction with the actors is analogous to the unpredictability of experienced social reality – basically, lived events. The necessary dependence on setting and the unpredictability of the future force us to constantly reevaluate our own position in this changing network of relations and the level of engagement or responsibility with which we accept our membership in larger or smaller national or geopolitical units, and also how much we feel ourselves to be a part of this or any other interest group. When visual, theater or any other artists get together at a previously agreed time and place, the glue that holds their communication together tends to be a new event or work of art, the creative process, its product and its reflection either through an exhibition or live action. The transition from private to public life or the boundary between life and art becomes blurred. If there is a shared motivation to produce original art, the model of unguided production and discussion will not be any less beneficial than large group communication. One of the representatives of the Frankfurt School, philosopher and sociologist Karl Mannheim, promoted group analysis as a method with the potential for promoting democratic change of the social climate and as a tool for preventing totalitarianism – with its live and unguided communication and interpersonal confrontation, it is perhaps a more immediate tool than those available to art and philosophy.

/ performance
Veronika Šrek Bromová is an innovator in the field of new media who works with installations and drawings. She uses photographs to record her “self-performances,” provocative images of the body, self-portraits straddling the line between theatrical playfulness and an attempt at expressing the existential experience of corporeality. Her works have been shown at multiple foreign exhibitions, and in 1998 she represented the Czech Republic at the Venice Biennale. Her works can be found in many collections, including the National Gallery in Prague, the Centre George Pompidou and the Moderna Museet in Stockholm. From 2002 to 2012, Bromová headed the new media and photography studio at Prague’s Academy of Fine Arts. In 2013, she attended an art therapy course at Czech Art Therapy Association. She runs the Galerie Kabinet Chaos, organizes summer symposia, and leads creative art workshops.

yuenjie MARU (YUEN Kin-leung):  Set a green, put a chair, then occasionally listen to the radio

/ performance
yuenjie Maru (YUEN Kin-leung) is a Chinese performance artist working with various media such as writing, theater, dance, happenings and performance. He focuses on topics of humanity, social issues, the environment and so on. He has performed in China, Macau, Taiwan, Korea, Japan, Thailand, Singapore, Malaysia, Indonesia and the UK. He is currently the artistic director of the Danotcers dance group and of the inclusive group “Symbiotic Dance Troupe of the Centre for Community Cultural Development” in Hong Kong.

/ performance
Stairs are like scrolling down with your eyes. Grid-shaped glasses on your eyes. Having learned to control the space around you using imaginary buttons, you see bent metal on the stairs and think that you can form everything with your mind. The boundary between the real and the virtual has been erased.

Bring comfortable clothing.   Migra yoga is a form of energetic yoga that awakens the body, heart and soul, and that consciously connects us with our inner European through an intelligence that moves us without us consciously guiding these processes. The basic yogic aspect of traditional migra is neither sport nor play – it is learning. During the lesson, you will engage in mass breathing exercises, a set of dynamic maneuvers, and relaxation.

Markéta Magidová is an artist working with film, performance, installation and text. She has participated in many Czech and international exhibitions and festivals (Moscow International Biennale for Young Art, festival Ha!Wantgarda, Festival of Film Animation: Other Visions, Days of Slovak Literature, Lisbon Architecture Triennale) and has held more than 20 solo exhibitions. She has published two books (Translation, Home Vocabulary) and created the play Persona Forte with Jan Pfeiffer.

Jindřiška Křivánková is an actress, dancer, choreographer, yoga teacher and author with strong interest in the development of contemporary theater performances. She finished her studies at Duncan Center in Prague and the Academy of Performing Arts in Prague. Since 2002 she started her professional career as an actress and author.  In 2008 she became one of the founding member of Spitfire Company physical theater. She´s co-founder of Kolonie o.s. theater company constantly working in Praque. She was awarded as the Talent of the Year (2010) at the Next Wave festival in Czech republic.

Large Group Communication at the 4+4 Festival

How not to want anything… and not even talk about it

For the moderators: Luděk Vrba and Gabriela Langošová

Large group communication is an analytical method that by its very nature encourages the free exchange of ideas, feelings and imagination exclusively through words (or the lack thereof) within a predefined framework. The aim is to capture the internal workings of the individual participants and the group as a whole while attempting to gain insight into the unconscious processes going on at that particular time. These may but need not be related to the main subject. Each large group communication plays out differently. 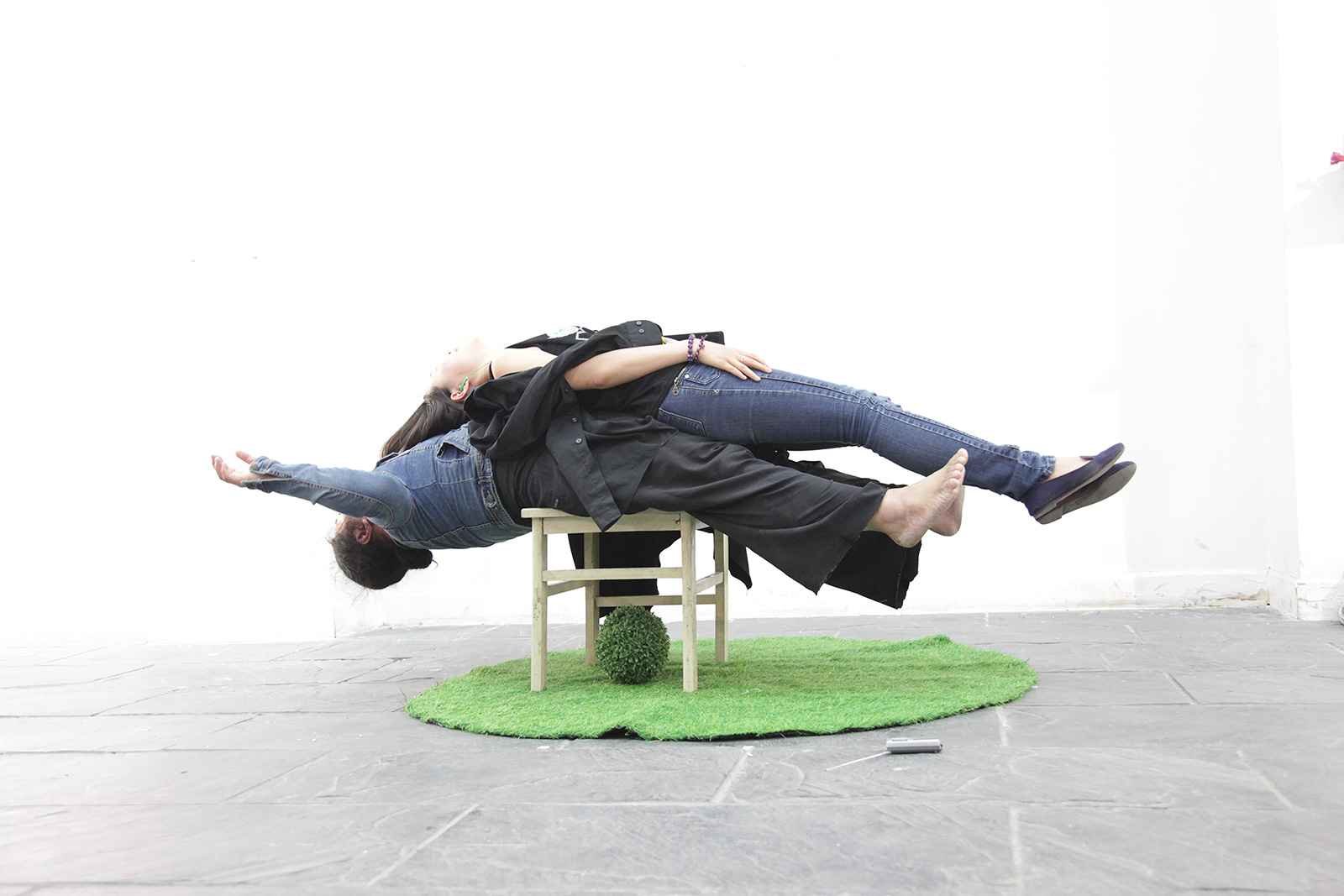