The Future of Wenceslas Square: Function versus Meaning

Do the planned changes to Wenceslas Square reflect the nature and significance of this public space? A public debate.

Panelists of the discussion:

In recent years, there has been much talk about the renovation (“revitalization”) of Wenceslas Square. It is no wonder that the future of one of Prague’s best-known locations is attracting such attention… and controversy. Meanwhile, the most important question – i.e., whom the newly designed square is supposed to serve – has become lost in the information fog shrouding the renovation plans. In order to get a picture of what is perhaps Prague’s most important public space, we must therefore put together a puzzle consisting of many fragmentary pieces of information. Not long ago, it looked like the showcase element of the revitalization project would be a return of streetcars onto the square, but this is no longer the case. Other plans are surrounded by an equal amount of uncertainty. And so future visitors to Wenceslas Square may encounter an underground parking garage, shopping centres on the current site of historical buildings, new food stalls costing tens of millions of crowns, more trees, more benches, and less crime. But then again, maybe not.

A new design means new functions. And vice versa. But do these planned functions reflect Wenceslas Square’s universal nature and (above all) its significance? Is “Václavák” a cultural or a commercial space? A transit space or a community space? A showcase for tourists or a place for the city’s inhabitants? Or is it above all a symbol whose meaning extends far beyond the city’s boundaries?

Invited speakers include local government representatives, urbanists, and architects, but the main word should go to the residents and users of Wenceslas Square. 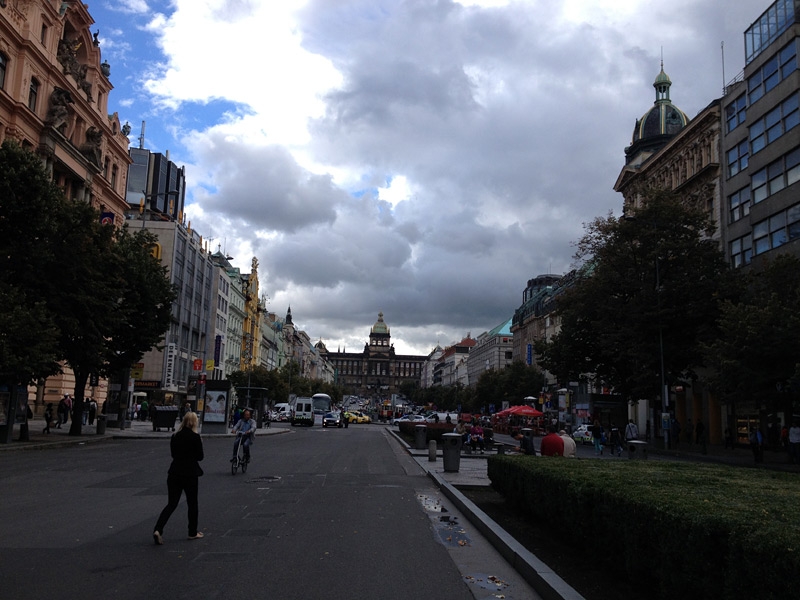