ANGEL-y is the first artistic collaboration between well-known Czech actress Vanda Hybnerová, who traditionally seeks out interesting and original alternative projects, and Slovak performance artist and director of Prague’s Studio Alta Lucia Kašiarová. They describe their performance, whose world premiere will take place at 4+4 Days in Motion, as follows: “Come and have a look at a mix of all kinds of clichés, two cynical women who are not afraid of engaging in pathos, and two bodies under the weight of wings that should lift them up but nobody know where to. We will share our embarrassing awkwardness with you, our primitive poetism.” As their “divine inspiration”, the two state famous Czech actor, mime and theatre instructor Boris Hybner, Vanda’s father.

Vanda Hybnerová is a Czech actress known for her work in film, television, radio, and dubbing. Although she has successfully appeared at numerous Prague theatres, her breakthrough roles came at Divadlo Komedie under the direction of Dušan Pařízek and David Jařab (she was nominated for the Alfréd Radok Award for her role in The Bitter Tears of Petra von Kant). Together with her husband Saša Rašilov she created three plays for Divadlo v Řeznické (The Drunken Carousel; Experiment Dog, or The Beast; and The Chair) and The Last Two Cigarettes at the Ponec Theatre; in 2004, she won the Thalia Award for her portrayal of Catherine in Proof, directed by Miroslav Krobot at Divadlo v Řeznické.

Lucia Kašiarová is the director of Studio ALTA – a warehouse that calls itself a theatre. She is a Slovak performance artist who presents Czech culture both in Slovakia and abroad. As a dancer, she views dance as a source of inspiration for life. She is a fan of improvisation and chance. 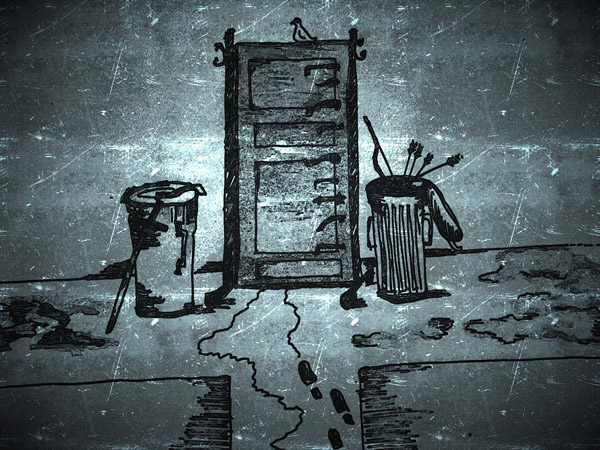