Presenting the Prague premiere of the film The Backwards Play, which Ján Mančuška (1972—2011) shot as a distinctive work of art inspired by his last theater project, performed to great acclaim at Prague’s Archa Theatre and at the Hau2 theater in Berlin in 2010. The Backwards Play is a performance that works simultaneously with two directions of action. A narrator placed in the audience tells a story in linear form emanating from the author’s text. Five dancers on the stage act out the same story, but in the opposite sequence, i.e., backwards. All action on the stage is played out backwards: movements, gestures, the unreeling of action. Thanks to their mirror-like structure, both directions of the story – in which the protagonist, led by the desire to correct his own mistakes, returns to the past – intersect at key points and thus appear to be simultaneous. Mančuška’s work with language, which follows in the tradition of his older text installations, is combined with the five dancers’ action on stage, presented through perfect backwards movement. 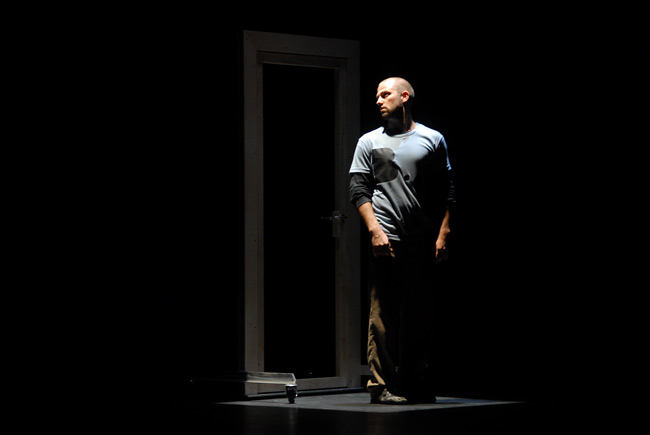 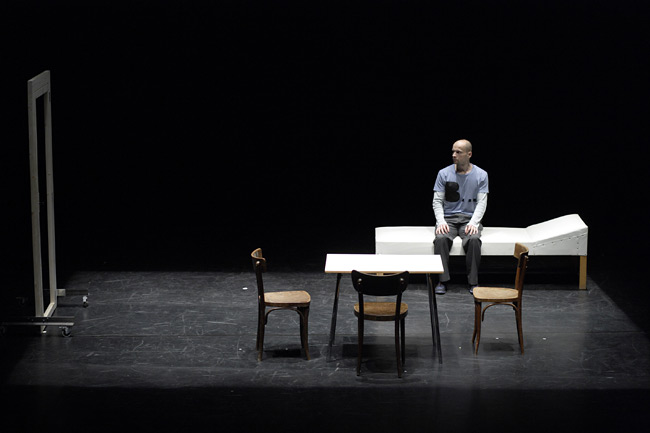 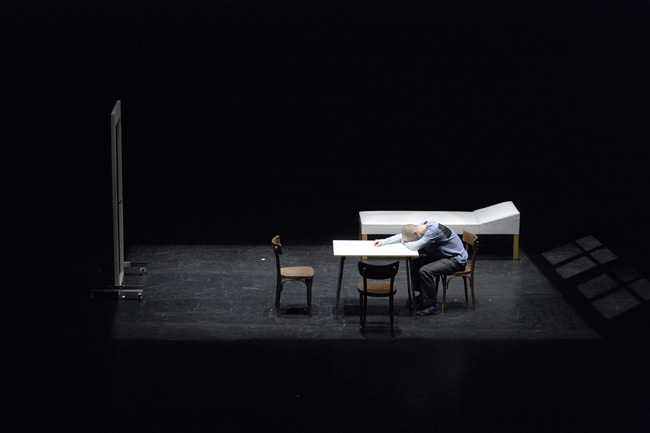 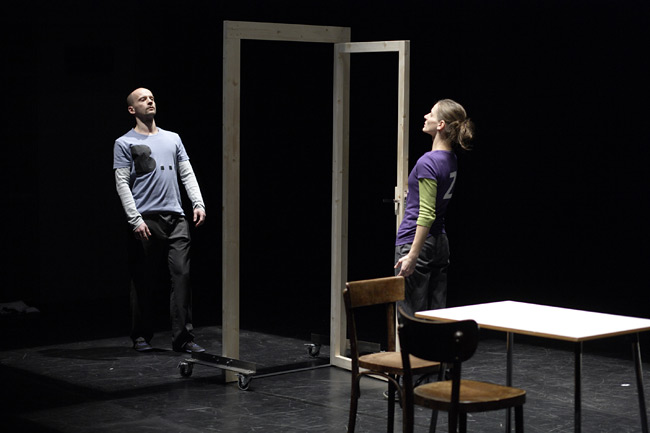 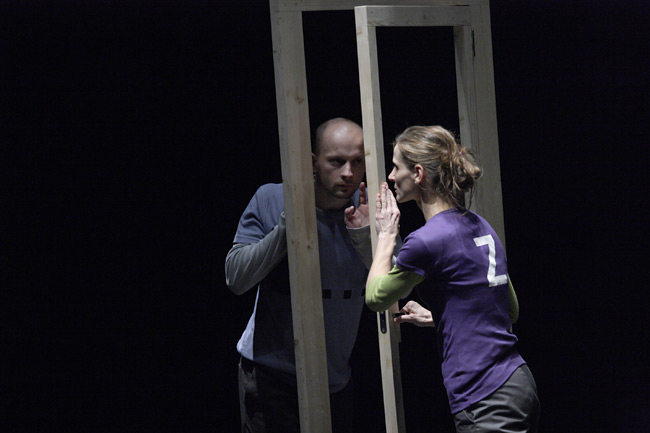 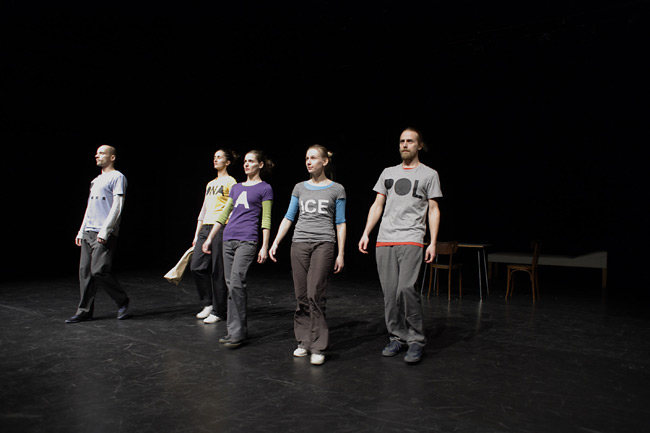 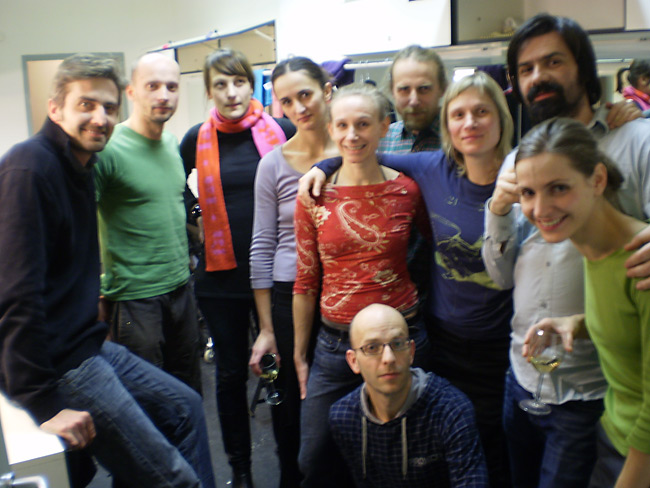