A staged lecture full of sarcastic humor about life in contemporary Norway. Thanks to the artist – a citizen of that Nordic country – you will understand the basics of its oil boom and the often non-existent relationship between money and fortune. Join Sveen in trying to decide whether contemporary art can change the world.

Norway is the richest country on earth. It also has one of the most peace-loving and “best functioning” governments, and is probably the best place for artists in terms of finding financial support for their work.

And it is all thanks to oil… When Iraq was suffering from food shortages, the United Nations launched its Oil-for-Food program, which allowed Iraq to exchange its oil for food. Norway has plenty of both, and so it initiated an Oil for ART program. Find out how it works in this satirical but academically serious lecture, given with the artist’s trademark sense of levity.

Amund Sjølie Sveen – Performer, musician and composer. Studied solo percussion at the Göteborg College of Music in Sweden. In his projects, he works with a broad range of styles to produce sarcastic works of sharp humor that take a close look at contemporary issues related to a globalized market economy. His most successful pieces, in which he mixes music with avant-garde elements, include Economic Theory for Dummies, which he wrote because he didn’t understand the economic news in the media and which he has shown as far away as South Korea and Japan. He first gained international acclaim with his installation Deconstructing IKEA (2009). 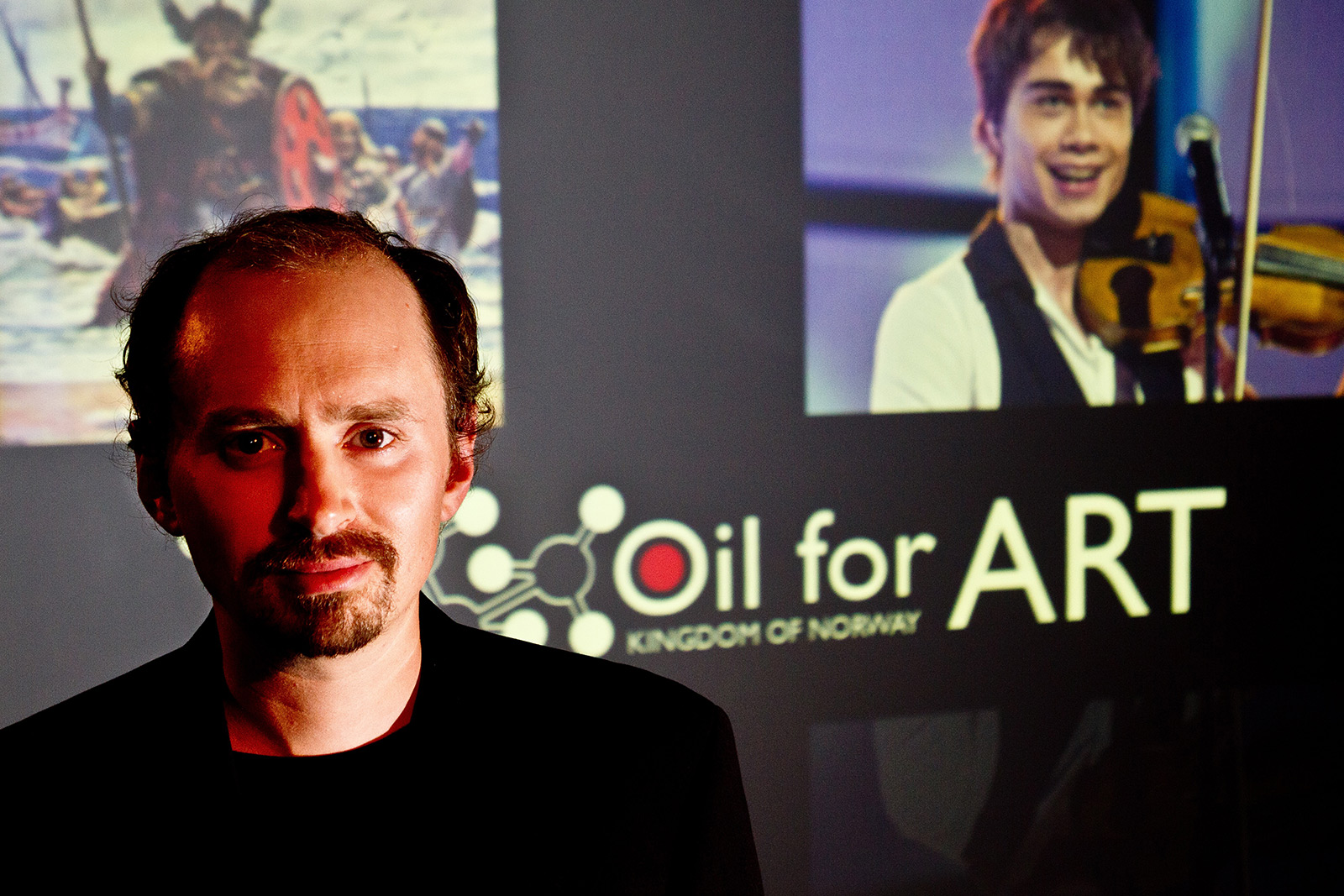