This year’s world premiere at the 4+4 Days in Motion festival presents a one-hour musical-concert “theatre of survival” by the well-known, exclusively male Wariot Ideal theatre ensemble.

In a humorous but thus all the more suspenseful struggle for survival, you will see a combination of stand-up comedy, monologues, scenic action, dance, light acrobatics, and circus poetics. Plus Mississippi blues, rock, pathos-laden politic protest songs, popular tearjerkers with a messianic message, and many more musical elements.

This supernatural project full of romanticism and chillingly original poetry by the trio of Kalivoda, Procházka, and Švejda covers all the possibilities of survival and surviving in two seemingly dissimilar environments – nature and politics. It is a well-known fact, after all, that only those manage to adapt will survive. Nature, which we have changed and altered, can no longer be trusted. We prefer to trust history, which changes according to our needs. And we follow our needs, which never change. Music, dance, survival!

Vojtěch Švejda
Actor and mime engaged in improvisation and the creation of original works. While studying at HAMU, we was involved in the Alfred ve Dvoře Mime Theatre, where he continued to work until it was closed in 2000. He has appeared in performances by the National Theatre in Prague (The Master and Margarita, Hamlet). In 2009, he was nominated for the Alfréd Radok Award in the Talent of the Year category, and in 2012 he received the Czech Republic’s DNA theatre award for high artistic and creative integrity and for representing original Czech theatre abroad.

Tomáš Procházka
Independent theater artist. He has participated as a technologist, musician, audio engineer, or actor in projects with the Russian Derevo ensemble, the Forman Brothers Theatre, Min Tanaka, the Netherlands’ Grifftheater, and more. In 1999, he joined the Buchty a loutky (Cakes and Puppets) ensemble, where he continues to be active on several fronts. He leads puppetry workshops and has collaborated on movies (Kooky, Antichrist, Strings, and more), and has composed the music for several films as well. In 2005, he founded the Handa Gote Research & Development theater ensemble. He also appears solo under the name Federsel.

Jan Kalivoda
Audio wizard and composer. Studied film sound at Písek Independent Film College, traditional Indonesian music in Bali, and is currently completing his studies at FAMU. He has composed the music for numerous theater performances, is a member of the independent art ensemble Undo and Redo and the improv nojazz gang Woříšci, and is the co-founder of the anecdotal punk duo Exclusive Mars.

Only in Czech language. 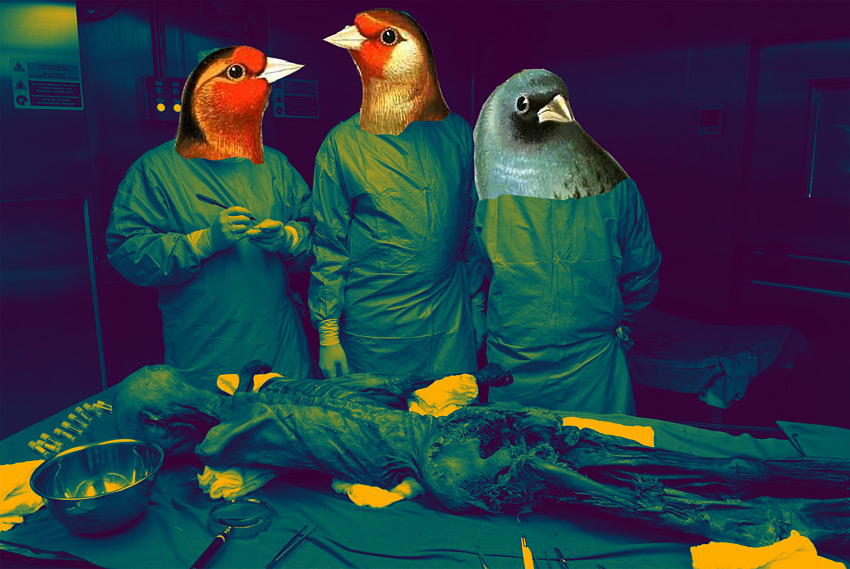