The ambitious Swiss-Slovak ensemble T-d’U, composed of artists born in the 1980s, is one of the most interesting movement-based ensembles of recent years. They come to Prague with their new work, ÔKÔ, which this year received an enthusiastic welcome in the group’s home country, Switzerland.

The female protagonist among the trio of multifaceted performers is Slovak dancer Zuzana Kakalíková. She is joined by Emil Píš, a native of Prievidza who received the 2009 Slovak Dance Talent of the Year award, and Swiss actor and director Guillaumarc Froidevaux. Another team member is Belgian stage designer and video artist Frédéric Ravach, who is responsible for several extraordinary scenographic designs. The performance is directed by Slovak director Martin Kukučka, co-founder of Prague’s legendary Skutr theater ensemble.

ÔKÔ is a provocative and visually stimulating performance about various addictions during various seasons of the year, about the cycles of nature. The accompanying music, which was composed specifically for the stage, forms an inseparable part of the performance. The unique symbolism of this youthful performance is further complemented by innovative stage design and projections.

T-d’U was established in 2007 in the Swiss town of La Chaux-de-Fonds as a platform for artists of various nationalities and artistic foci to meet and work together. The ensemble is focused on original multidisciplinary projects based on the detailed study of movement and dramatic expression. T-d’U pays special attention to the scenographic design of the performance space. Zuzana Kakalíková and Emil Píš (the latter a former member of the cult theater ensemble Farm in the Cave), met at the Academy of Art in Banská Bystrica. The group’s third member is 26-year-old Swiss native Guillaumarc Froidevaux, who originally studied classical acting, but who significantly expanded his artistic horizons to include, among other things, acrobatics, which he also teaches. 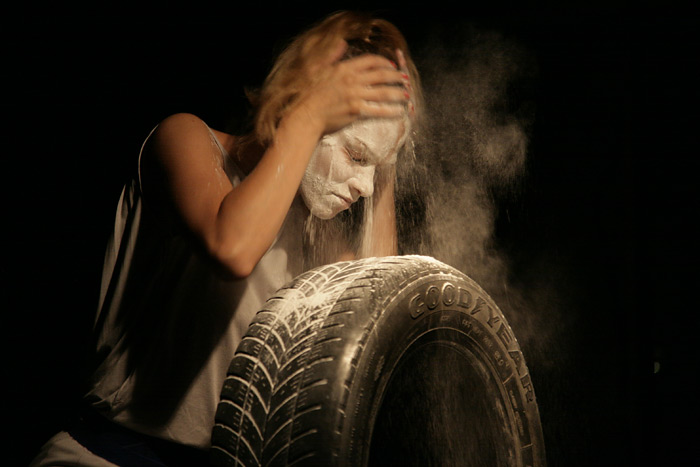 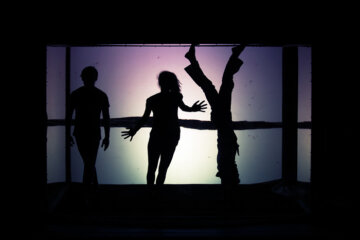