This unique Brazilian show goes literally to the bone – to places where, to use the author’s words, “Franz Kafka meets Michael Jackson.” The play turns the cult of beauty – a phenomenon that can be seen both in the Czech Republic and in Brazil (a country known as the kingdom of plastic surgery) – on its head.

Do you want blue eyes instead of brown? A new knee joint? Your breast a little higher up? And what about your nose? Bigger, smaller, even bigger, now a little smaller… Just check out the bloody stump that used to be Michael Jackson’s nose…

With two male actors, this play by director Joelson Gusson – a star of Brazilian experimental theater – delves into the construction and de-construction of the human body and its aesthetic possibilities in the 21st century. Cyborg Manifesto is a suspenseful exploration of the existence of the body and of what will be left of it after its sophisticated destruction.

JOELSON GUSSON is a theater director, performer, scenographer, and dramaturge from Rio de Janeiro. One of the leading personalities of contemporary experimental theater in Brazil, Gusson studied theater and acting with a focus on the Viewpoints method. In 1998, he founded theDragão Voador Teatro Contemporâneo theater company, whose past productions include Cyborg Manifesto (first presented during the 2007/08 season). Thanks to his multifaceted talents, Gusson can also be seen in opera; for instance, he recently played one of the lead roles in Wagner’s Tristan und Isolde at Rio de Janeiro’s Municipal Theater. 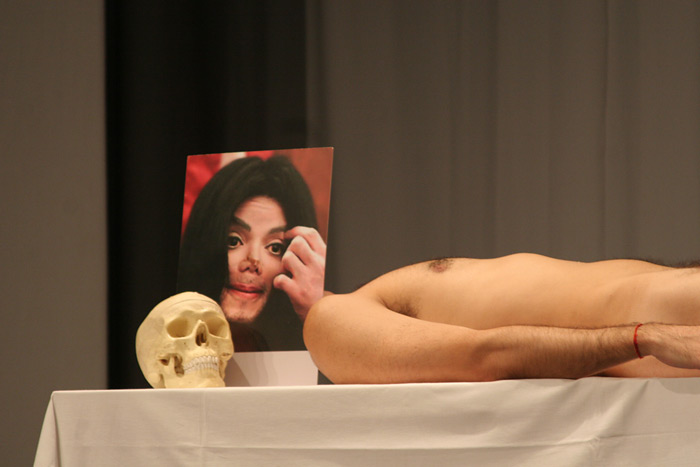 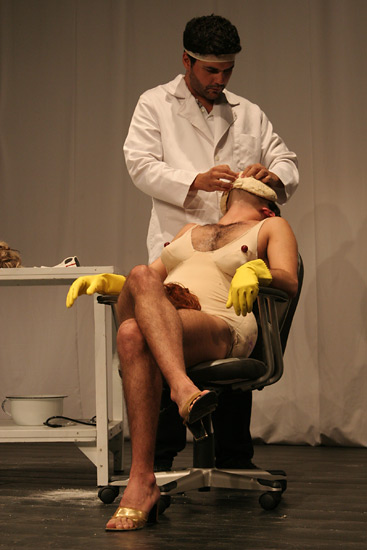 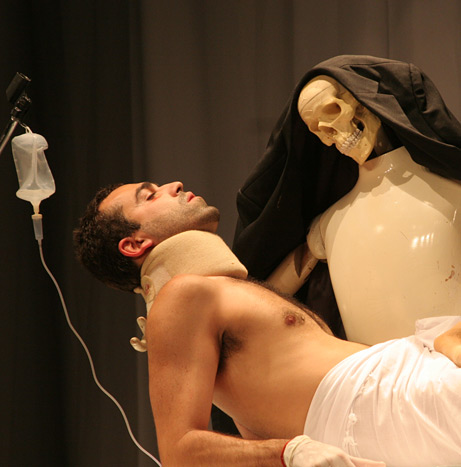 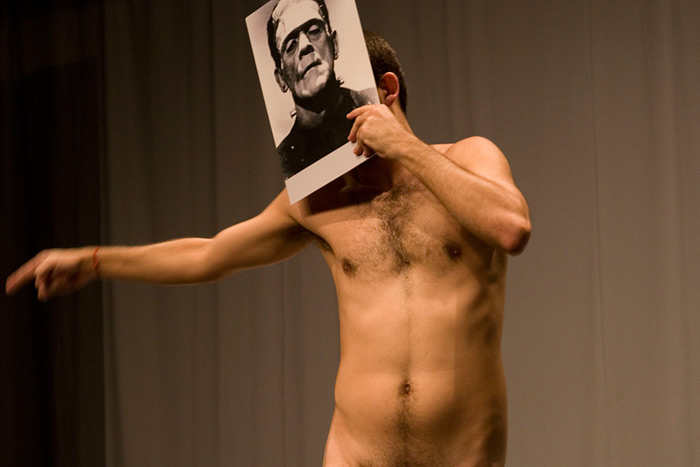