Before Your Very Eyes

Before Your Very Eyes, the latest project by renowned German-British ensemble Gob Squad, comes to Prague mere months after its successful world premiere in Berlin. Czech audiences are thus lucky to see this exclusive international show soon after its premiere – thanks to enthusiastic reviews, interest in the show is immense throughout Europe. Before Your Very Eyes will go on tour over the coming years – that is, until the children grow up.

The performance’s main protagonists are children ranging in age from eight to fourteen. Parts of the performance were pre-recorded on video; the authentic texts that the audience hears were created over the course of two years in Belgium during improvised interviews with the children. Audiences are thus presented the world as seen through children’s eyes, an accurate and humorous vision of what the children plan to do and be once they grow up. The children appear on stage in an unconventional manner; thanks to a one-way mirror, audiences get to watch them in their rooms like tortoises in a terrarium. The project, which was realized in collaboration with the renowned Flemish production company Campo, represents one of the highlights of this year’s festival.

This seven-member international ensemble was formed in 1994. Its bold and daring performances, which mix performance with visual art, video, and multimedia technologies, have been positively received throughout the world. Gob Squad often presents its performances in offices or at shopping centers, train stations, and hotels. One of today’s most innovative theater ensembles, Gob Squad’s most recent Prague appearance was in 2008, with its Warholesque satire Kitchen. The leading New York cultural website Culturebot calls Gob Squad “an odd beast who mix performance and happening with film, TV, and pop cultural references, creating an oddly beautiful and compelling world.” 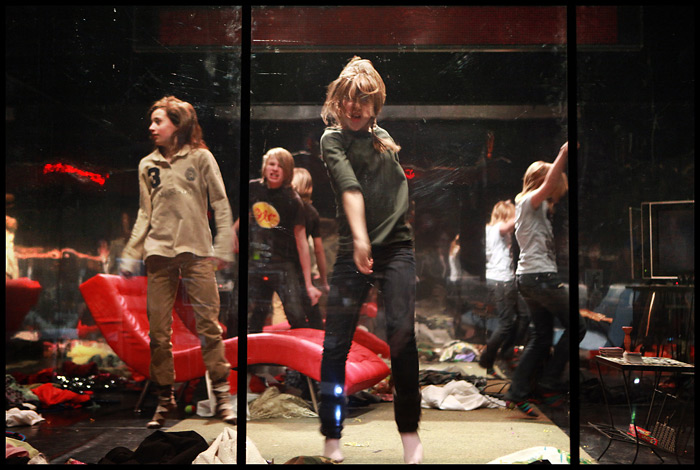 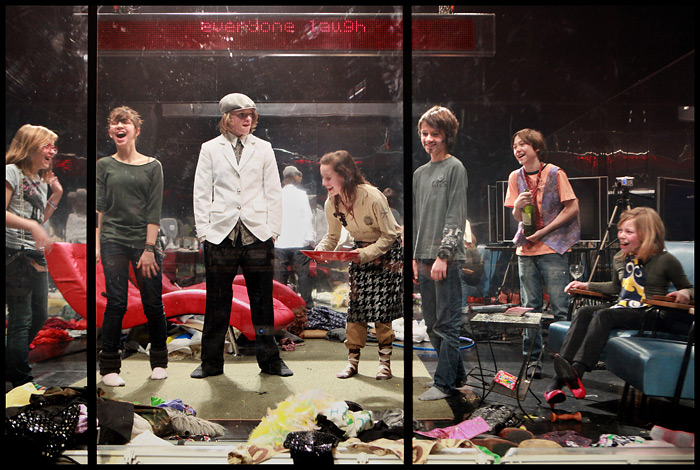 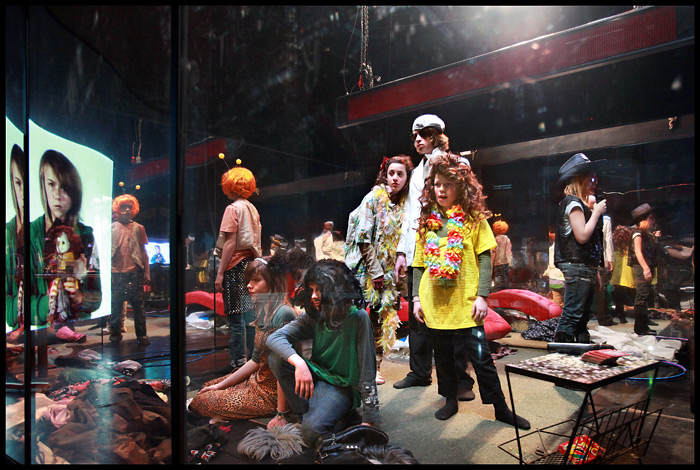 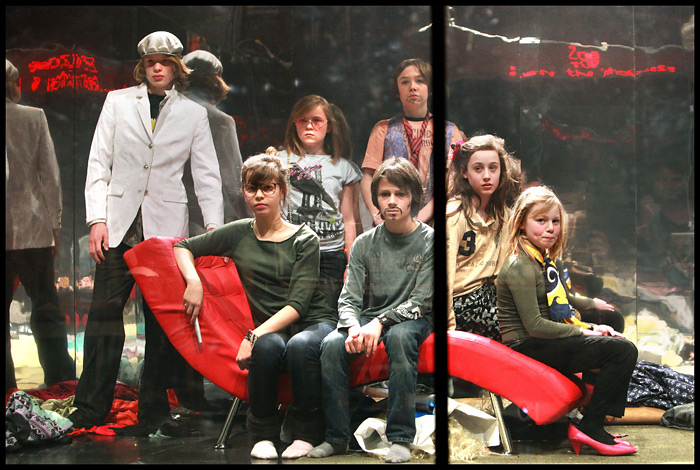 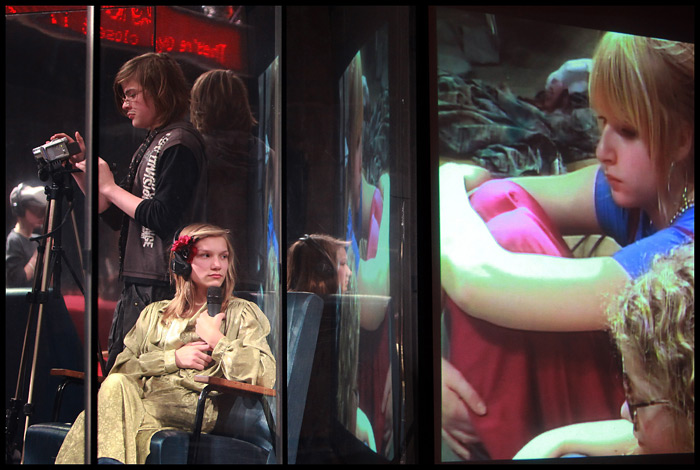 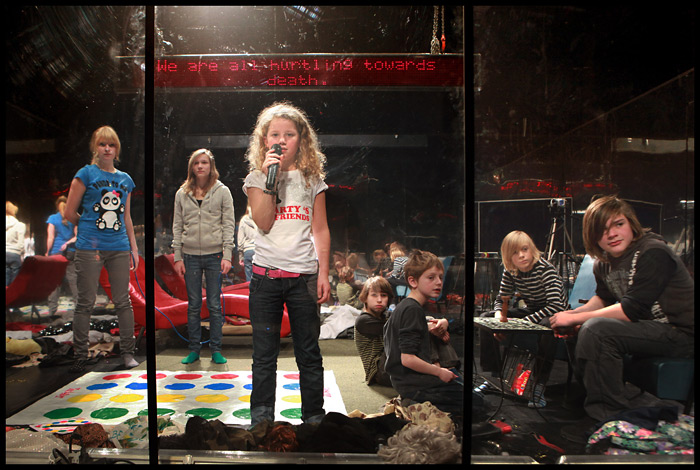 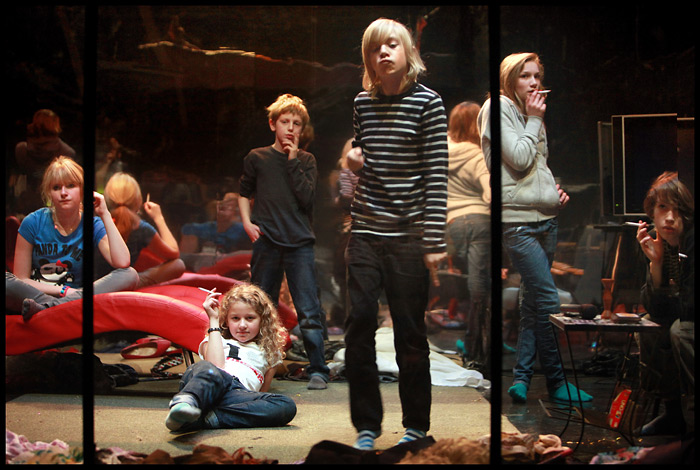