In the middle of a dark forest was a little house with a moss-covered roof, and in that house lived Little Man.

Not only had Little Man built the house himself, but he also made the table and chairs, the shelf with goodies, and even his bed with a pillow and hand-sewn blanket. He had everything that he needed. But one night he dreamt that he was missing something in life, and the dream kept coming back. Little Man wanted to get a good night’s sleep again, so he set out for Empty Head, who would surely tell him what to do. And so begins an adventurous journey full of humorous encounters, dangerous beasts, and a surprise ending. Because the thing he was looking for was closer than he thought. Sometimes we need to go on a long journey to find what is right under our nose. And Little Man learns to be a little more brave, sensible, and above all open to friendship.

Divadlo b was founded by “former and current members of ‘Buchty a Loutky’ and their friends” – i.e., Kristina Beranová, Radek Beran and René Krupanský. The ensemble’s main focus is on children’s theater, but they perform for adults as well. The puppet performance of The Little Man was inspired by Beran’s successful 2015 movie, and by Lenka Uhlířová and Jiří Stach’s book The Little Man’s Great Journey. 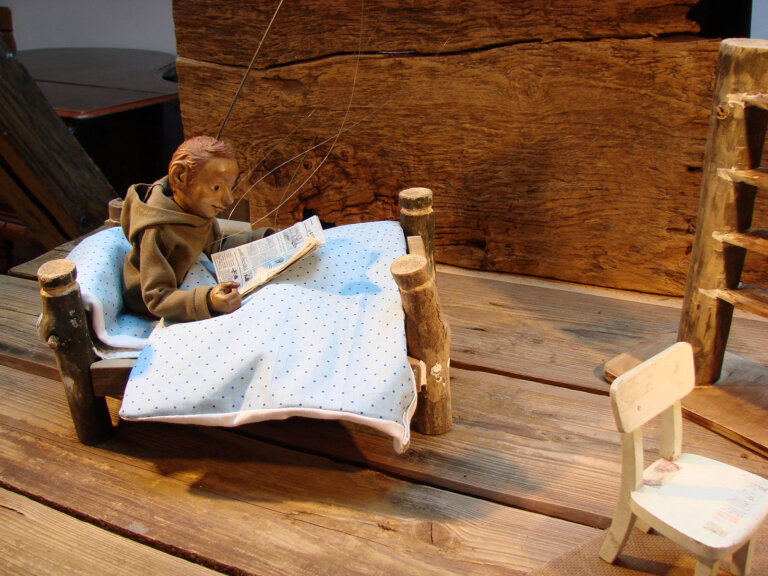 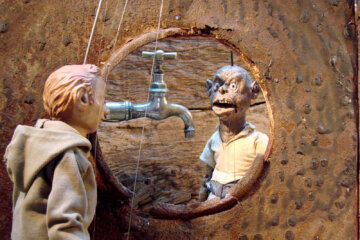