YOUARENOWHERE can be read as both “You are now here” and “You are nowhere.” American multimedia artist and performer Andrew Schneider has traveled all over the world with this loud “shirtless one-man show.” The show premiered in New York in 2015, after which it has been presented in France, Slovenia, and Australia, and enjoyed great success in London…

Schneider’s piece is a multimedia performance, and yet it is no cold existential meditation. Instead, it is sharp as a blade, using aspects of physical lecture and pop culture, all the while promising personal insight. His use of sound effects results in total overload, transporting you into a completely different world where you might learn why you are living here and now.

Andrew Schneider
Innovative Brooklyn-based artist and designer Andrew Schneider works at the intersection of performance and technology. He studied theater at Illinois Wesleyan University and received a master’s degree in interactive telecommunications from New York University, where he currently teachers. Schneider spent eight years as a permanent member of the prestigious experimental theater  ensemble The Wooster Group (2007-2014), with which he traveled the world and created many video projects before deciding to create his own work. He also designs interactive electronic items, the most famous of which is the Solar Bikini, which will charge your iPhone while you’re at the beach. His innovative works are often covered by Wired magazine and have even been shown at the Centre Pompidou in Paris. 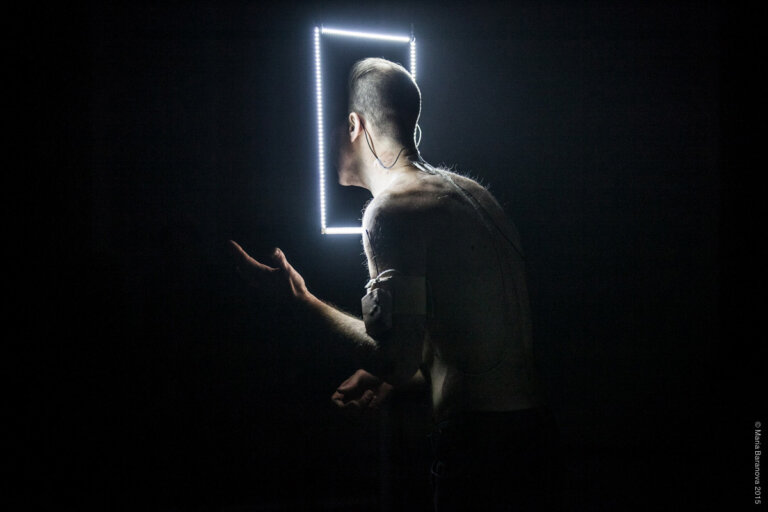