within exhibition How not to want anything

Sebastian Stumpf’s video projections and photographs show casual actions that take place in public spaces. The motionless camera directs attention to architectural details of urban spaces defined by convention and privatization. One of his recent video projections is „Water basins” (2014). The work shows representative water basins located in front of commercial buildings and office blocks in various European metropolises. Facing upwards in the water, a figure floats in an uncertain territory between self-abandonment and relaxation.

Sebastian Stumpf (*1980) lives in Leipzig and Berlin. Works of his have been shown at the Wilhelm-Hack-Museum, Ludwigshafen; Kunsthalle im Lipsiusbau, Dresden; Contemporary Arts Center, Cincinnati, Ohio; and Kunstverein Gera. He was awarded an EHF grant from the Konrad-Adenauer-Stiftung and in 2012 completed an art-in-architecture project for the  new offices of the Kulturstiftung des Bundes in Halle. 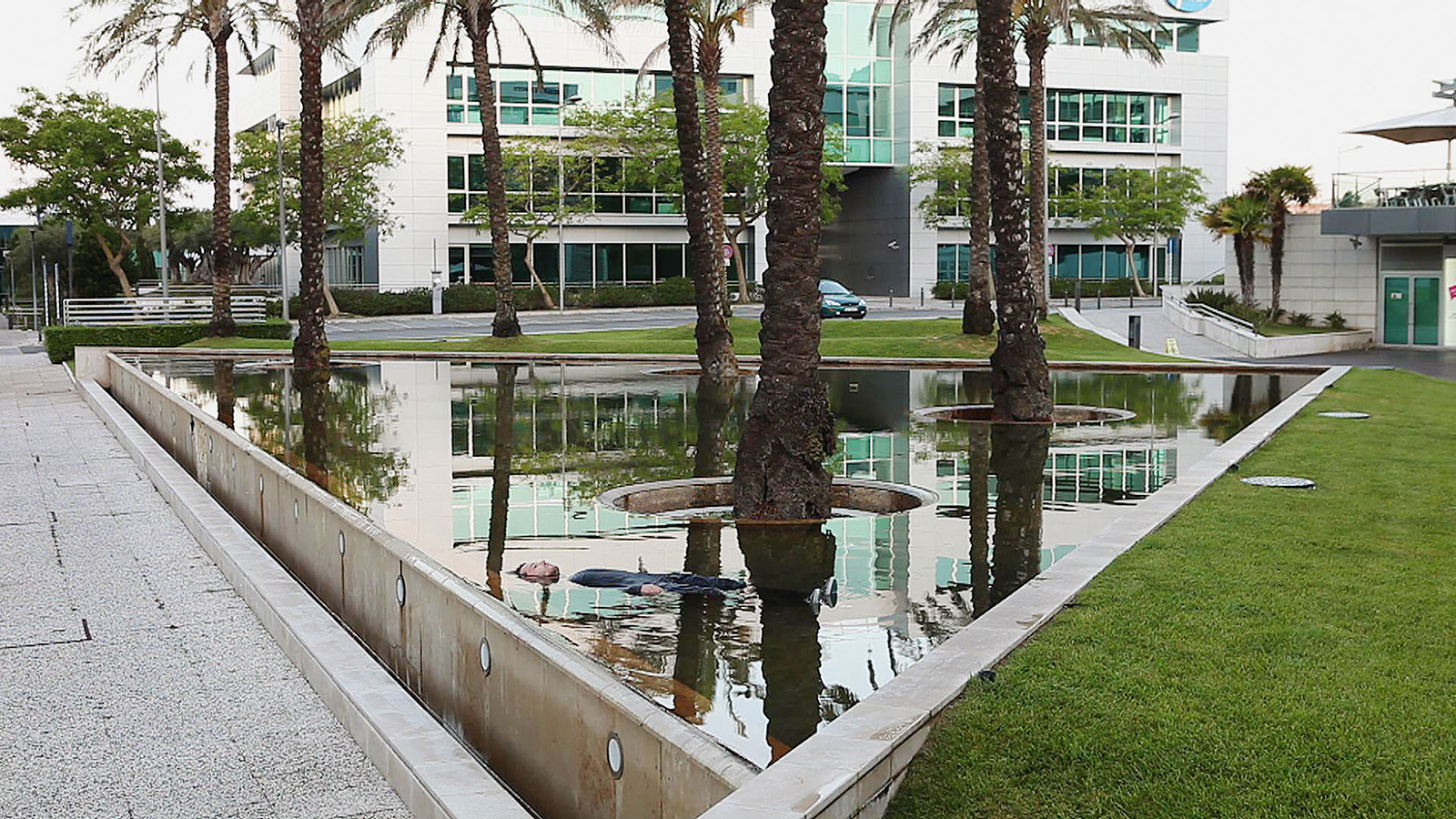