What is a classic and how it performs in (our) time. Paul McCarthy, Rocky, 1976

“What is a classic and how it performs in (our) time. Paul McCarthy, Rocky, 1976” is a long title for a short piece that wants to raise questions on how time affects performances and how the concept of classic could be applied to a structurally ephemeral form of art. The word classic has several meanings, it can refer to the antiquity, to romantic music or to contemporary cinema, but it always refers to a common patrimony, a sort of public space of culture. What happens to a performance in the moment it becomes a classic? How does it affects our relation to it?

Facing the reasons of reproducing old performances, the piece re- enacts Paul McCarthy’s video Rocky. Originally, the video was a provocative parody of the idea of man proposed by the homonymous film, as also an answer to the performance scene of its time, mainly focused in staging reality (a real shot, a real danger, etc…). Through the use of a mask and the introduction of fake blood the video integrates fiction in the act of staging reality: the reality of a man physically struggling in faking a fight. Over time Rocky has become a milestone of Mccarthy’s carrier and a classic of video art.

What is a classic and how it performs in (our) time. Paul McCarthy, Rocky, 1976 is both an academic work as well as a rough, provocative performance. On one hand, the work is a ruder, straighter, more aggressive version of the original video thanks to its “live” quality; on the other hand it will loose its original spontaneity, by being a rigorous 1:1 copy of the original choreography.

Spreafico/Eckly is a performance company based on the collaboration between Caroline Eckly and Andrea Spreafico. The company produces work that merges the languages of its hybrid professional background (she as dancer, he as concept artist and historian of philosophy). The work focuses both on the conceptual and the physical know how. Referring to a strongly trained common taste we try to structure and give form to conceptual problems that are relevant in the contemporary debate. The ambition underpinning the company hybrid identity is to overcome any genre definition by letting the concept of each individual piece define the most relevant/efficient media and the best collaborators for its expression. 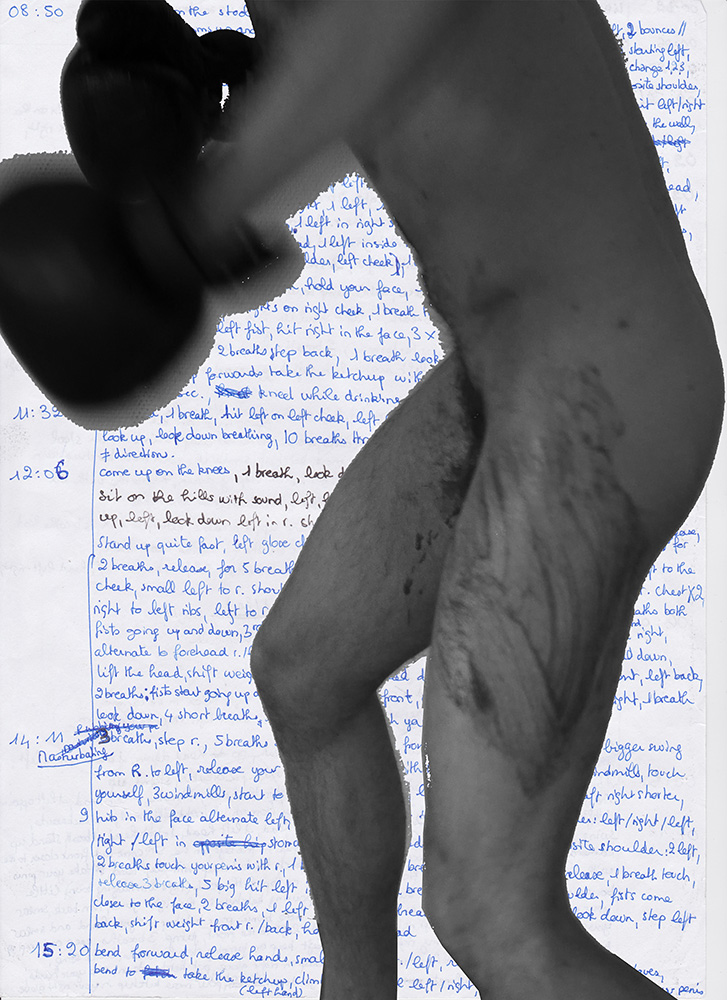