Play it back + The Silent Twins

Brilliant humor, superb movement, and a visual experience. Our superficial urban yearning for nature and frightening twins, with three representatives of Dutch movement theater. Adapted for the former gardens at the Desfours Palace. Two short performances guaranteed to make you smile.

Inspired by the forest, Nastaran Razawi Khorasani investigates “the fake and the real.” She combines the true essence of the forest with something artificial, an imitation of nature created by human hand. The result is an unrealistic, romanticized nature as it exists in her imagination as a city dweller. Imagine a roaring storm, a tropical downpour, twittering birds of paradise and parrots, tornadoes, raging waterfalls. Against a backdrop of forest wallpaper, inflatable animals and artificial flowers, she lip-syncs famous saccharine pop songs about nature.

“Khorasani has a good sense of humor and puts dedication into her work.” -Theaterkrant

“A crazy trip by an acting phenomenon with unbridled imagination.” -Cobra

“A brilliant show with improvised special effects and a slapstick performance.” -Cleeft

A humorous and slightly scary performance with some elements of interactivity. Two quiet twins. They are alike in every way. They look alike, think alike, feel alike, and keep silent alike They have decided to never speak again. Why speak when they have each other and the game they play together. Day in, day out. It is a game about who can hold out the longest. Always together.

“The girls are exciting, they sometimes change into spooky monsters who strangle each other. In that way, they pull you to the edge of your seat.” -Cleeft 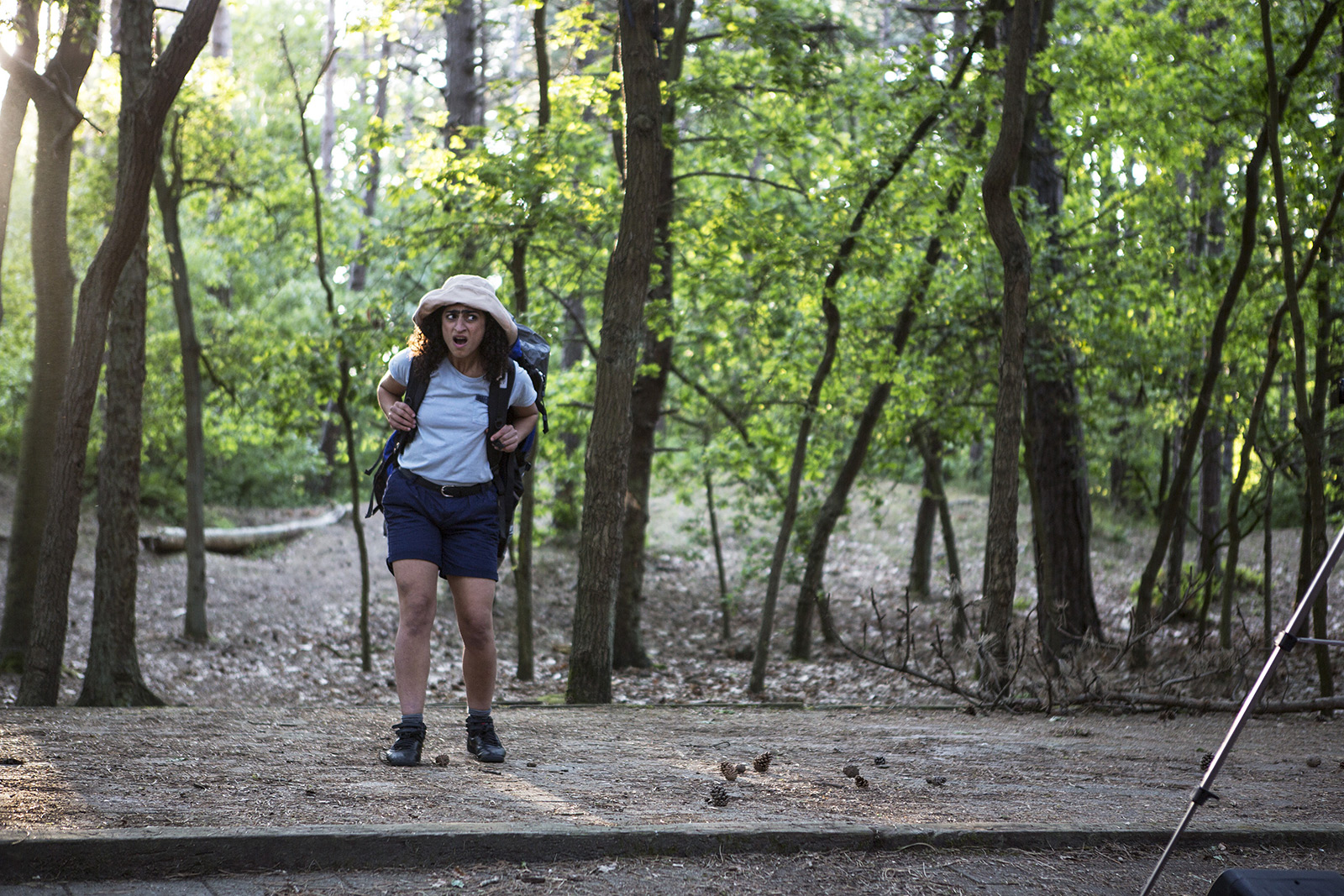