History often changes depending on political structures. This fact is well represented by the Rusyn minority. They live in the Carpathian Mountains, on the borders of several states. In Ukrainian, “Khroniky” is the word for local song chronicles which usually describe public secrets – weddings, rituals, funerals, baptisms, consecrations, expeditions, recruitment, patriarchal society, forgotten murders, hate and love. Kitchen interiors, roadsides, churches and fields become stages on which daily life, performance and song are played out in a series of moving images. Nimcová is deconstructing a timeless reality in traditional folk songs, creating an experimental ethnographic folk opera to reveal the female experience of the last century. Khroniky begins as an attempt to create a contemporary chronicle of everyday life in the context of Ukraine’s contested and unstable situation, both currently and historically – with field recording, text, photography and archive material, in a polyphony of subjectivities. To build a room to roam. 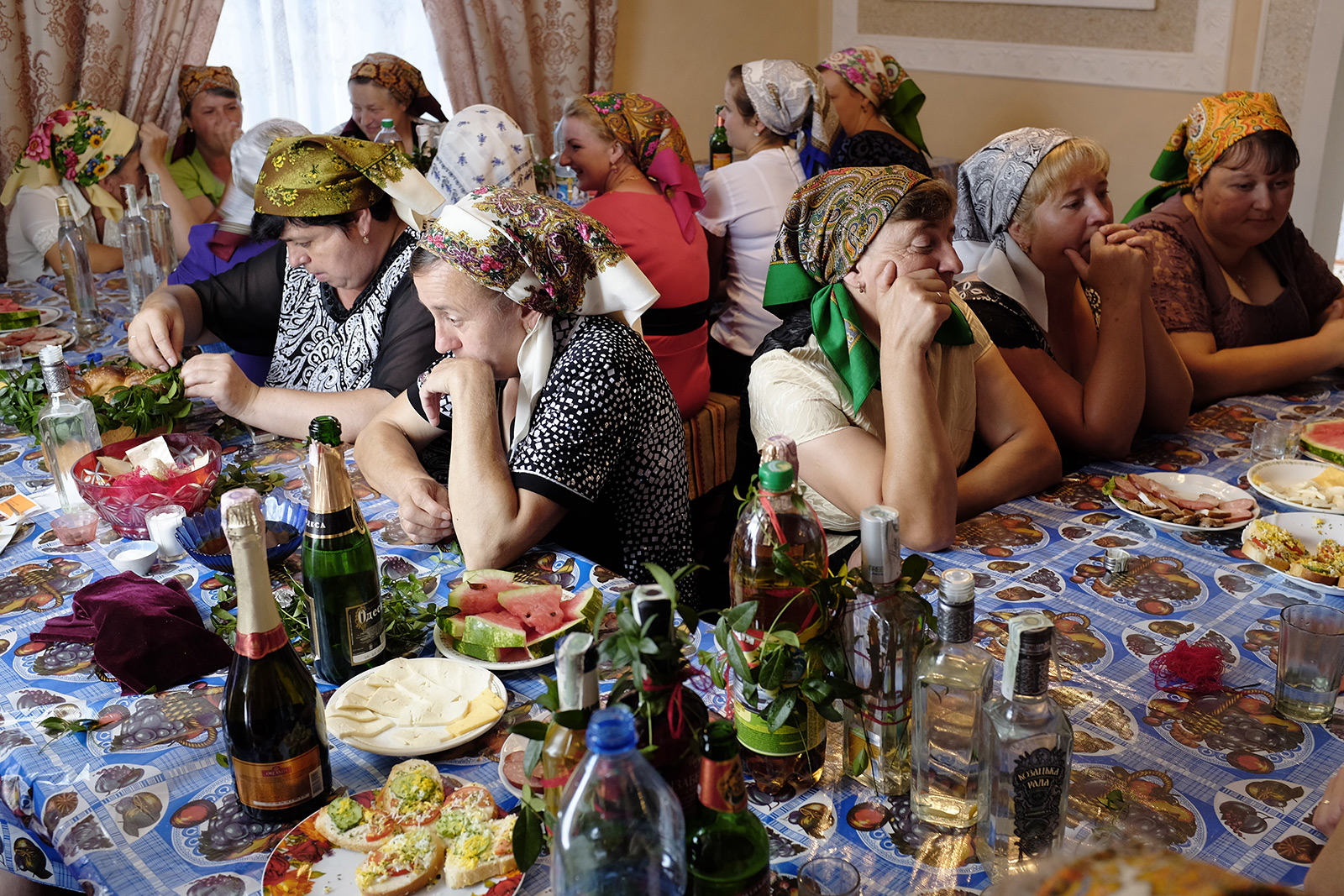