Tell me love is real

In his latest film-theater-musical production, which mixes humor with tragedy and fact with fiction, Oberzan returns to the winter of 2012, when two famous American artists wait in anonymous hotel rooms on the West Coast before they go on stage. By a strange coincidence, they are both under the influence of excessive doses of the psychoactive drug Xanax. One survives, the other does not.

The two artists are Whitney Houston, who died tragically, and the author of this performance, who survived. At a psychiatric sanatorium, Oberzan eventually underwent a difficult and experimental journey towards recovery. On stage, he urgently appeals directly to the audience for help. He will give it all that he has.

This performance by famous American theater artist Zachary Oberzan had its world premiere in Belgium, immediately followed by a world tour of major cities. In this classic one-man show, honed to perfection by this 2008 Obie Award winner, we hear the names of other pop icons as well, including singer Serge Gainsbourg (alcoholic and lover of Jane Birkin and Brigitte Bardot), legendary rock-n-roll singer and guitarist Buddy Holly (who died in a plane crash as age 22 year), actor and martial arts master Bruce Lee (died at age 32 from the “touch of death”), and the first woman to fly across the Atlantic, Amelia Earhart, who disappeared mysteriously over the ocean.

Zachary Oberzan (1974) is an American theater director, actor, singer, songwriter, and filmmaker known for his experimental video work. In 2007, he filmed and edited the modern “Rambo film” Flooding with Love for the Kid in his 220-square-foot Manhattan studio apartment. In the film, he played all 26 parts. In 2010 he was a guest performer with the famous off-off-Broadway theater company The Wooster Group; after years of working with the city’s no less famous Nature Theater of Oklahoma, he decided to strike out on a solo career.

Premiere October 2013 at the deSingel campus in Antwerp 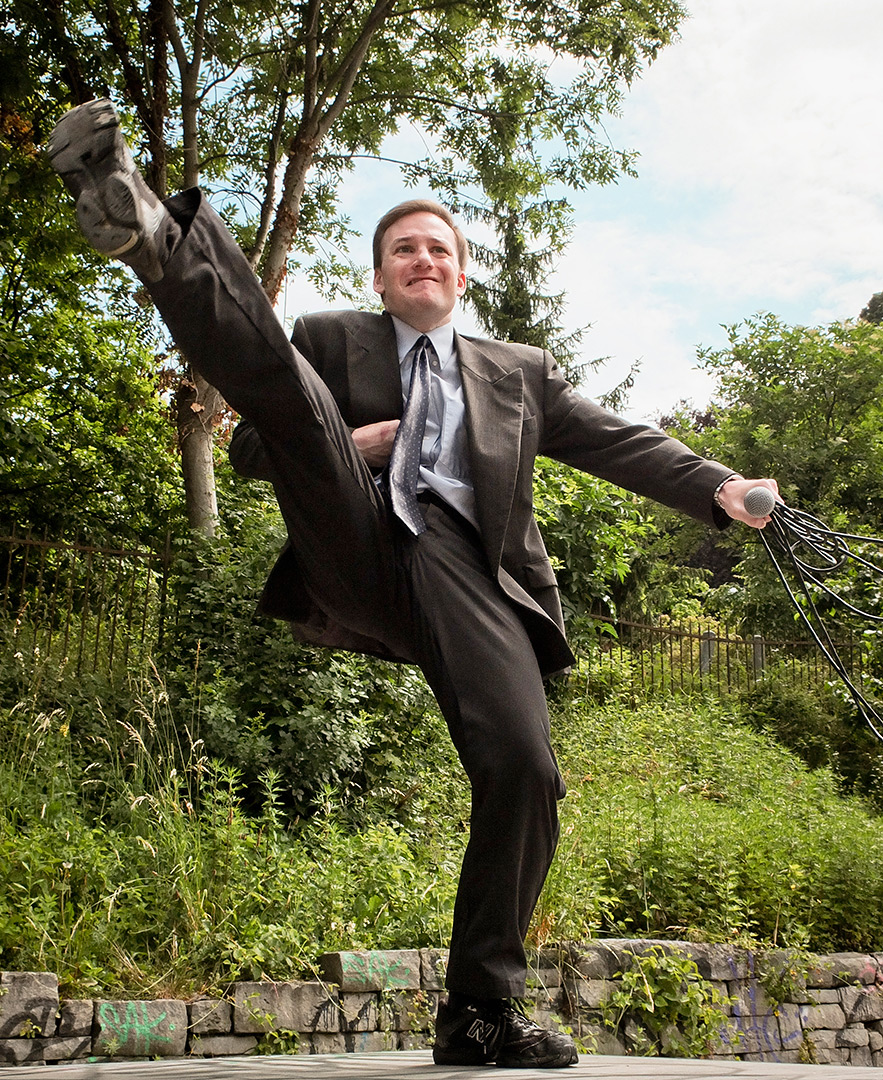